Wowzers. The Dreaming Lake is finally finished and released, and I am in awe. It has been a wild ride making this game, and I am so glad that I had the opportunity to make this happen. 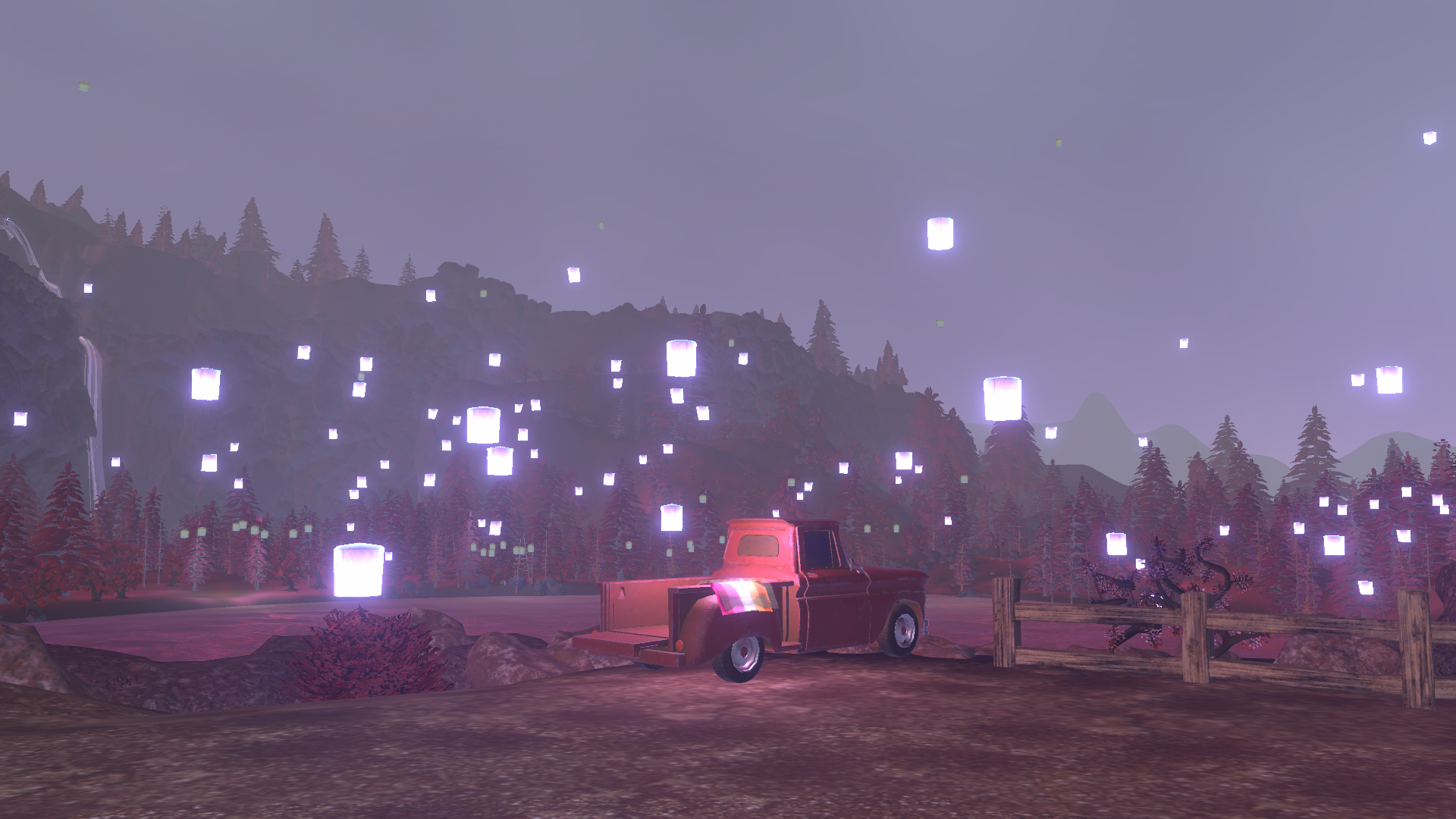 So what went right?

The short version is: a lot. A lot of things went right. We were able to make a game that matched the original vision exactly. In fact, it exceeded my expectations in some ways because of how it was shaped by the contributions of this wonderful team. We had a small team of highly skilled and adaptable people. They were the perfect storm that made this game possible.

We created a game that tells a patchwork story through fragments, in a way that is unique to the player. The story exists in the player's head, we did not write one. The player is invited to imagine a story based on the order in which they find memories and the exact memories they find or do not find.

The memories themselves were meant to explore a range of human emotions, and we absolutely achieved that. Some of them are clearly happy memories, others deal with more negative emotions, and some are just... strange. Memories also feel ethereal, they fade away. This reflects the way real memories are, they burn away detail by detail until there's not much left of them. 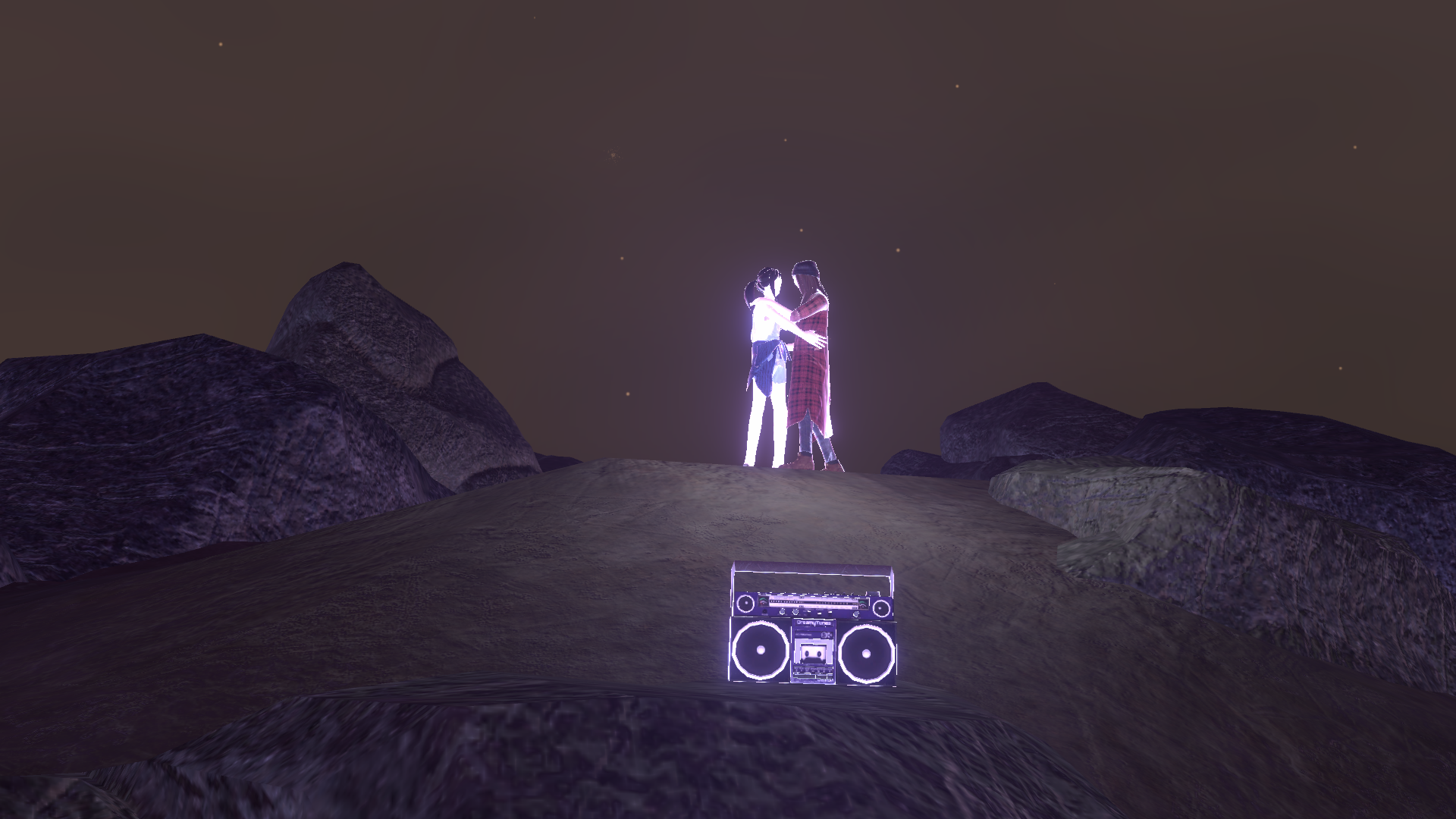 You can get lost in this world. That may sound like a negative, but its actually what we wanted. Exploration on its own provides a compelling reason to play the game. This game is made for explorer-type players, people who are willing to just getting immersed in an environment. Not every interesting location has a memory associated with it, because they don't need to. Discovering some cool and secluded location is sometimes its own reward.

Lastly, the game is simply beautiful. In a general sense, just beautiful. Not only the visuals, but the whole feeling of playing it. I spent three hours in the middle of the night playing the game, and it felt like there was something magical in it that we didn't even deliberately put there. 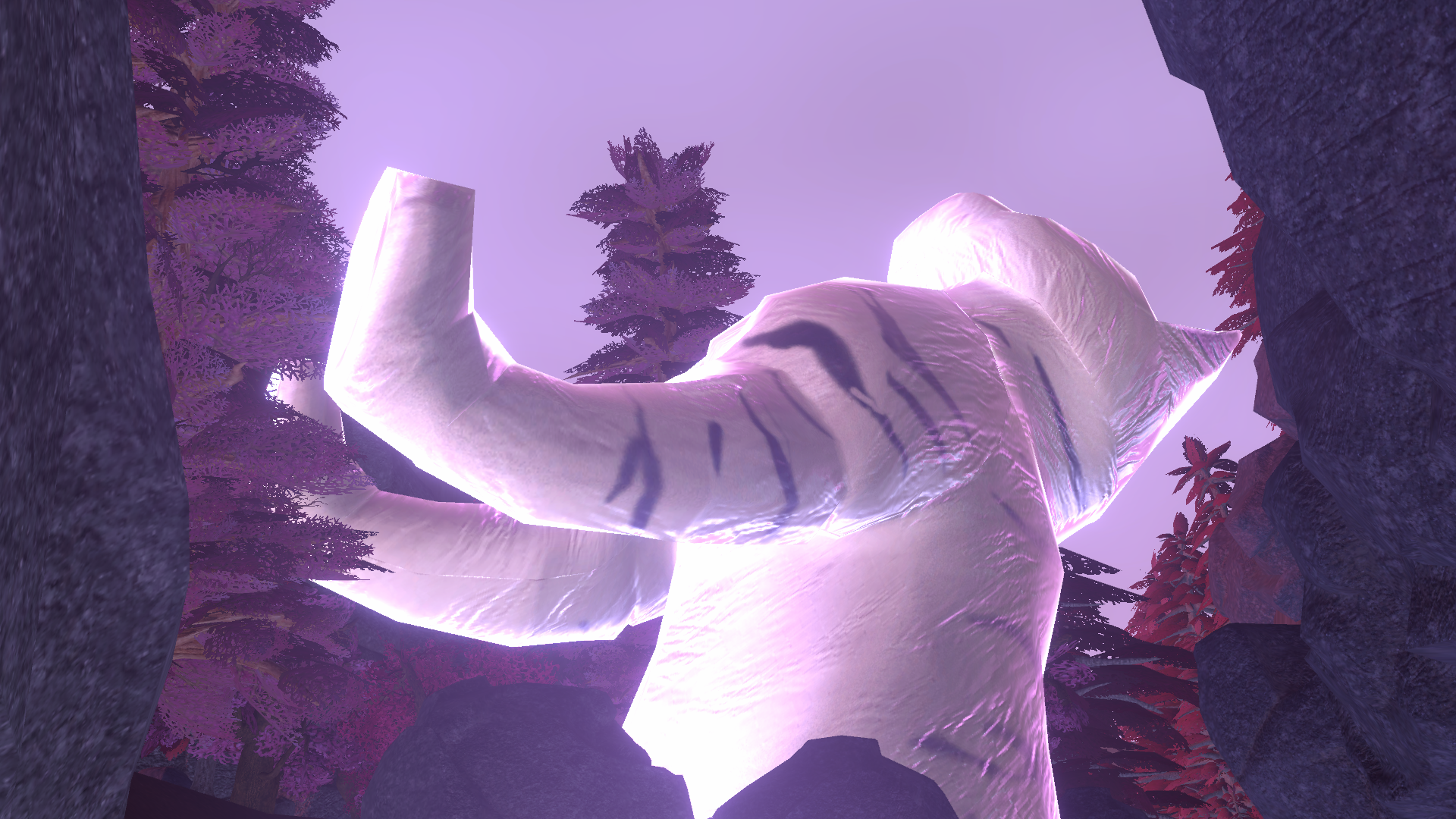 In my opinion, there still needs to be more story content in order to make the game as replayable as I want it to be. There are over 40 memories in the game. As I see it, there needs to be upwards of 60 out there to really do this right. As it stands, the player who sticks around for several hours is possibly going to see some things a few times, which risks them losing their impact.

We only had one designated animator on the team. Really, with the amount of story content the game has, bringing on a second animator would have been a good choice. We needed to rush with getting animations in at the end, and we actually asked our 3d art team to shift over to animation. This also meant that some of the memories had a rushed implementation, leading to bugs like the massive kaiju kittens. There was a big rush at the end, which is exactly the sort of thing I hoped to avoid.

Burnout was a major issue for me, personally. I can't speak for the team on that one, since I'm not sure what their experiences were. I wanted to get the best work we could out of the team and I didn't want them to get burned out, so I ended up taking on extra tasks myself. Of course, that just led to me getting more burned out. 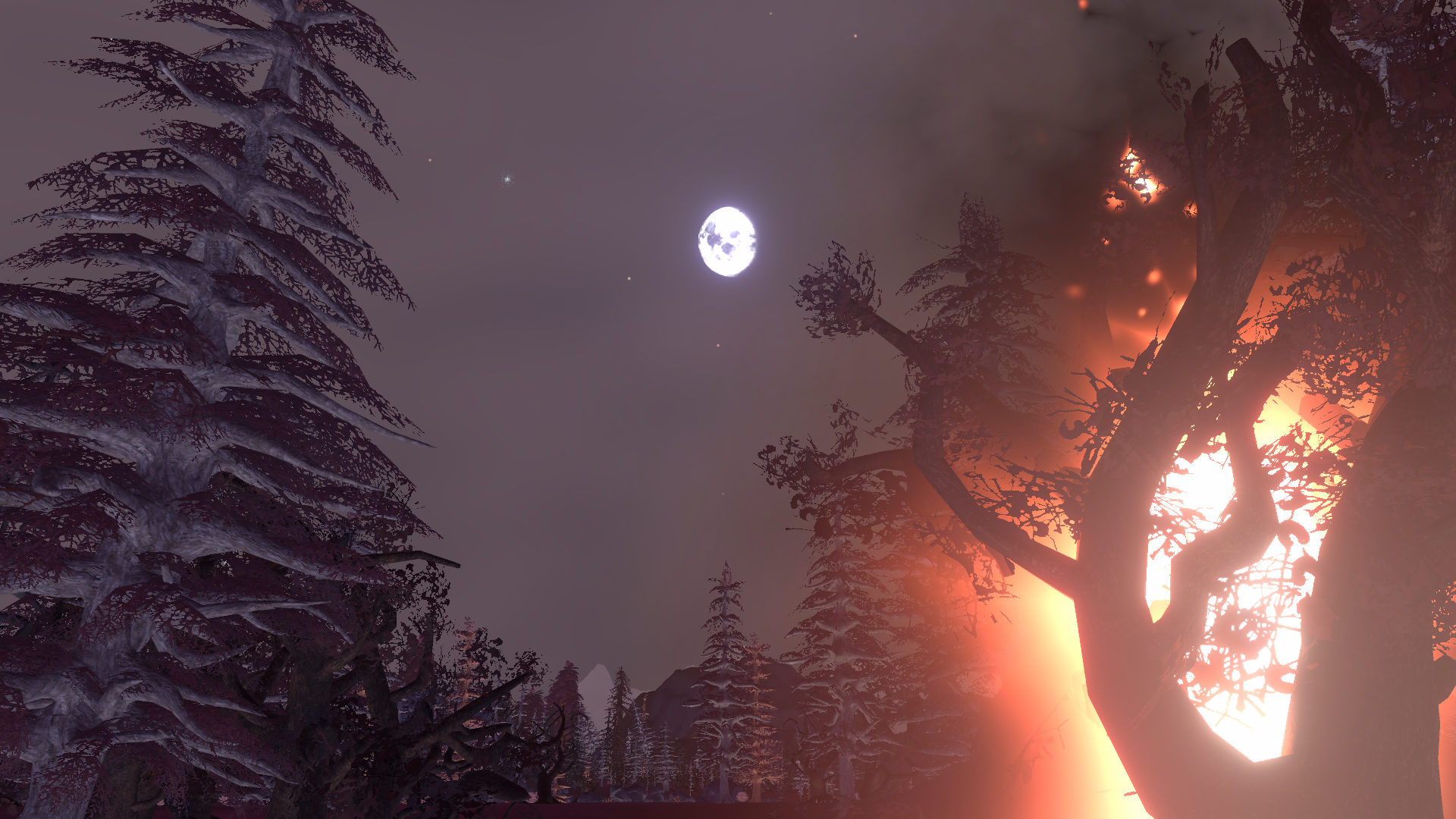 What would we do differently?

Speed tree. Our 3d artists are all very creative individuals, but we asked Brie to make... a lot of trees. None of us had used speed tree before, so we chose to model those trees manually instead. It would have saved so much time if we just asked someone to learn the software, that way we could focus more on the assets that really matter.

Derek and I often met to discuss our plans for each sprint. We really should have outlined more specific goals and shared them with the team, specifically when it comes to implementing memories. Before this game was developed, I had a loose plan in my head for how development would go, and it involved aiming to implement a specific number of memories each sprint. It would have been great if we'd actually done that.

We would also try harder to find playtesters within our target audience. Finding playtesters at all was often a struggle. Going forward, this is something that I really should have tried delegating more to the level designers. They sought out playtests on their own, but there should have been more of that, and I should have sought more playtesters on my own.

I tried to get the team to contribute ideas for memories, and I really wish I had pushed harder for this. We got some great ideas, but not as much as I had hoped. This was really meant to be a chance for the team to add something special and extra to the game, and I don't think I quite ever explained it well enough to the team. 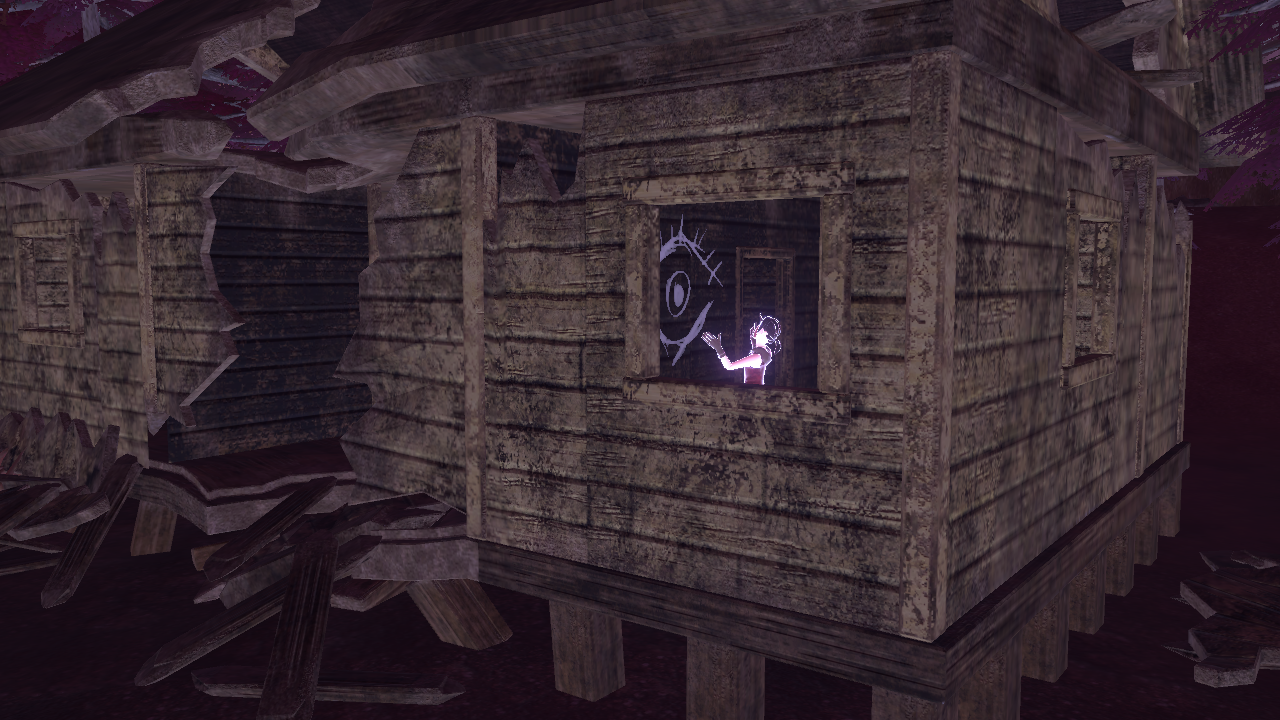 What would we do again?

Several of our developers had multiple skillsets, and we picked them for the team specifically because of that. Our main animator is also a skilled concept artist and a capable graphic designer. Both of our level designers had a background as 3d artists. All of our 3d artists were capable animators. It was exactly the team we needed. We would absolutely look for a team like this again.

We worked with the strengths of our team members, and adapted to meet them. We asked developers what they were comfortable with, and tried to figure out what kinds of work would motivate them to do their best work. For example, in the first sprint, for some reason we asked our character modeler to model an architecture piece. It was a good model, but it also made it immediately clear that we needed him to focus full time on characters. 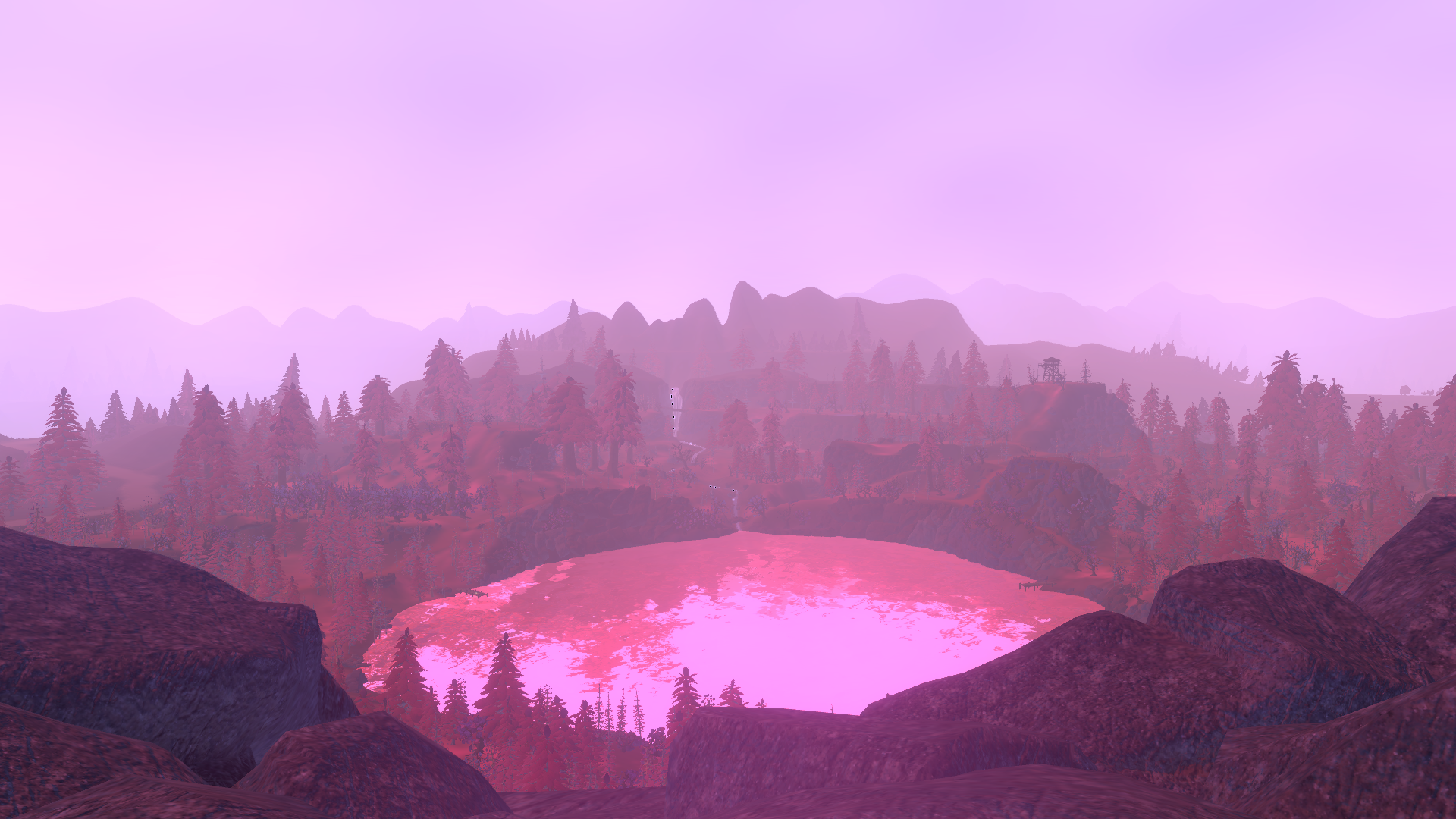 What did we learn?

Open world level design is crazy. It is so crazy. There are so many things to consider, and so many chances to accidentally let the player get stuck. You have to consider that the player may approach a landmark from any direction. The fact that we pulled it off in this amount of time is kind of remarkable.

As a designer, I learned how important it is to be specific, at least about the things that really matter. Early on, it was a struggle to get the level designers working as creatively as I had hoped. As it turned out, all that was needed was to give them clearer directions about what we were looking for. On the other hand, I also learned that I can and should be more relaxed about some of the smaller things. The trees, for instance. Sometimes my instructions were a bit too specific, which led to things taking more time than they should.

Also as a designer, I learned to delegate work to others. I tend to do a little bit of everything on any project I work on, and it can be tempting to offer to do... all kinds of different work. I am dedicated to making this game the best version of itself. It used to be more of a struggle for me to ask someone else to do certain tasks. Near the end I started to delegate things more as I realized how much extra strain I was putting on myself. 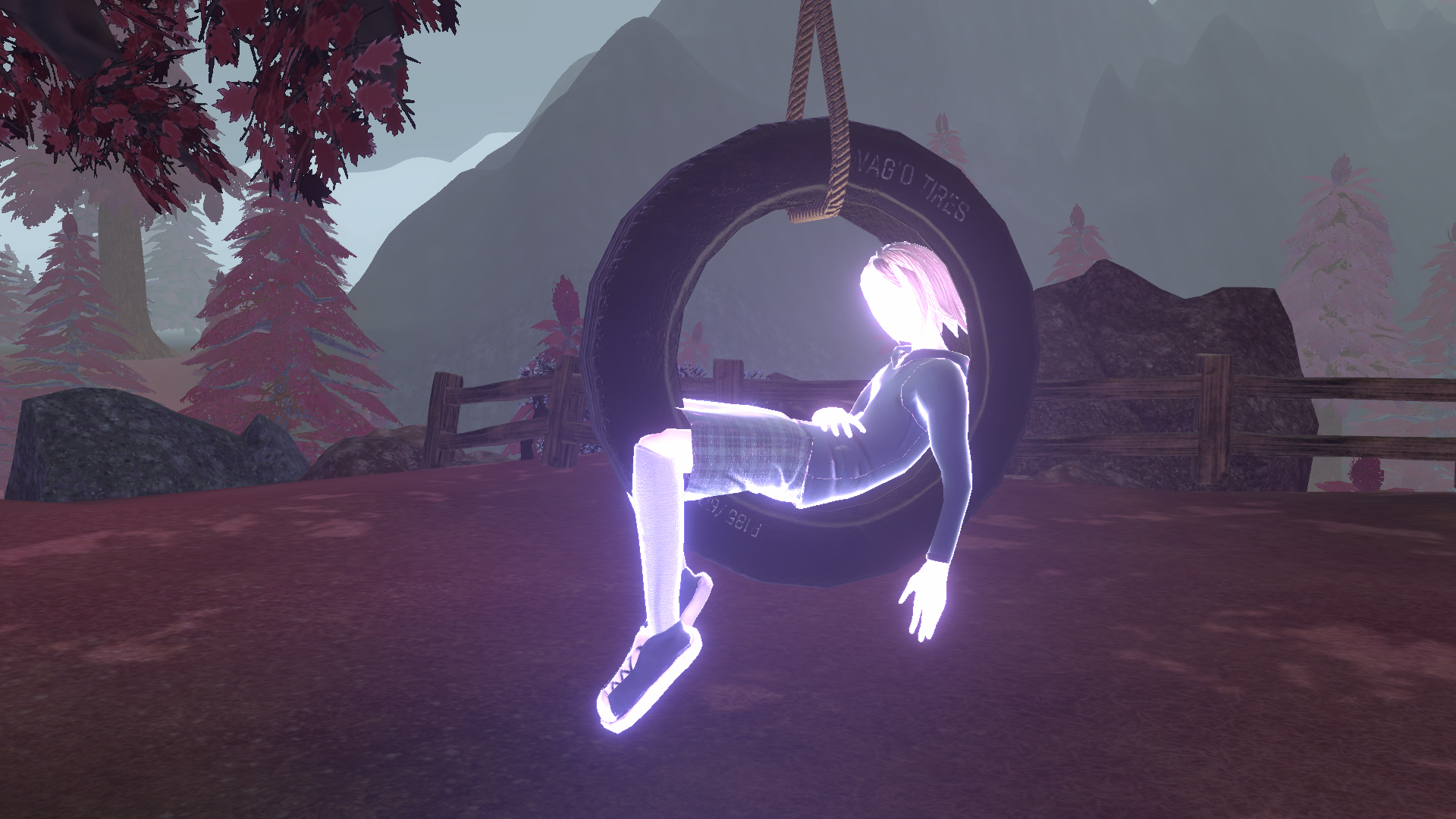