Hey all, sprint 2 has officially come to an end and I am here to share with you what has been accomplished by our amazing development team! I will start with the programming achievements, then I will work my way through the other developers so I can show off everyone’s work.

This sprint we were able to get a lot of the core programming hammered out. We even got our first digital prototype build up and running, albeit with some inevitable bugs. We had some great improvements to our player controller including a dash function, a stamina bar and stamina costs for some abilities.

By the end of the sprint we had completed 116 points out of the 219 points assigned. Our point estimation was a bit off this sprint so we were left with many issues not being moved. Our sprint velocity is now 90 points. You can see this in the sprint burndown chart below.

We were able to get the core systems for the grabbing and throwing system set up, which includes changing the direction you are holding an enemy at, as that will change the move type that will be executed when you press the proper input. We also implemented the enemy states, such as hit-stun, staggered, and grounded. These allow for multiple mechanics to function properly and will be vital for the future sprints.

The last important topic to cover was the Chump enemy AI. This is the first enemy type so they had relatively simplistic AI, but having it programmed allowed us to build out our first digital prototype so we can start receiving feedback and improving the mechanics we have so far.

Now onto 2D art. For sprint 2, the most notable progress made by the 2D artists were the concepts for the sumo wrestler main character as well as the ninja main character alongside the cover art for this Itch.io page. These are all vital for the progression of the project and have unblocked our character artist. The cover art turned out awesome and there will only be a few tweaks in the future once we get a logotype up and running. 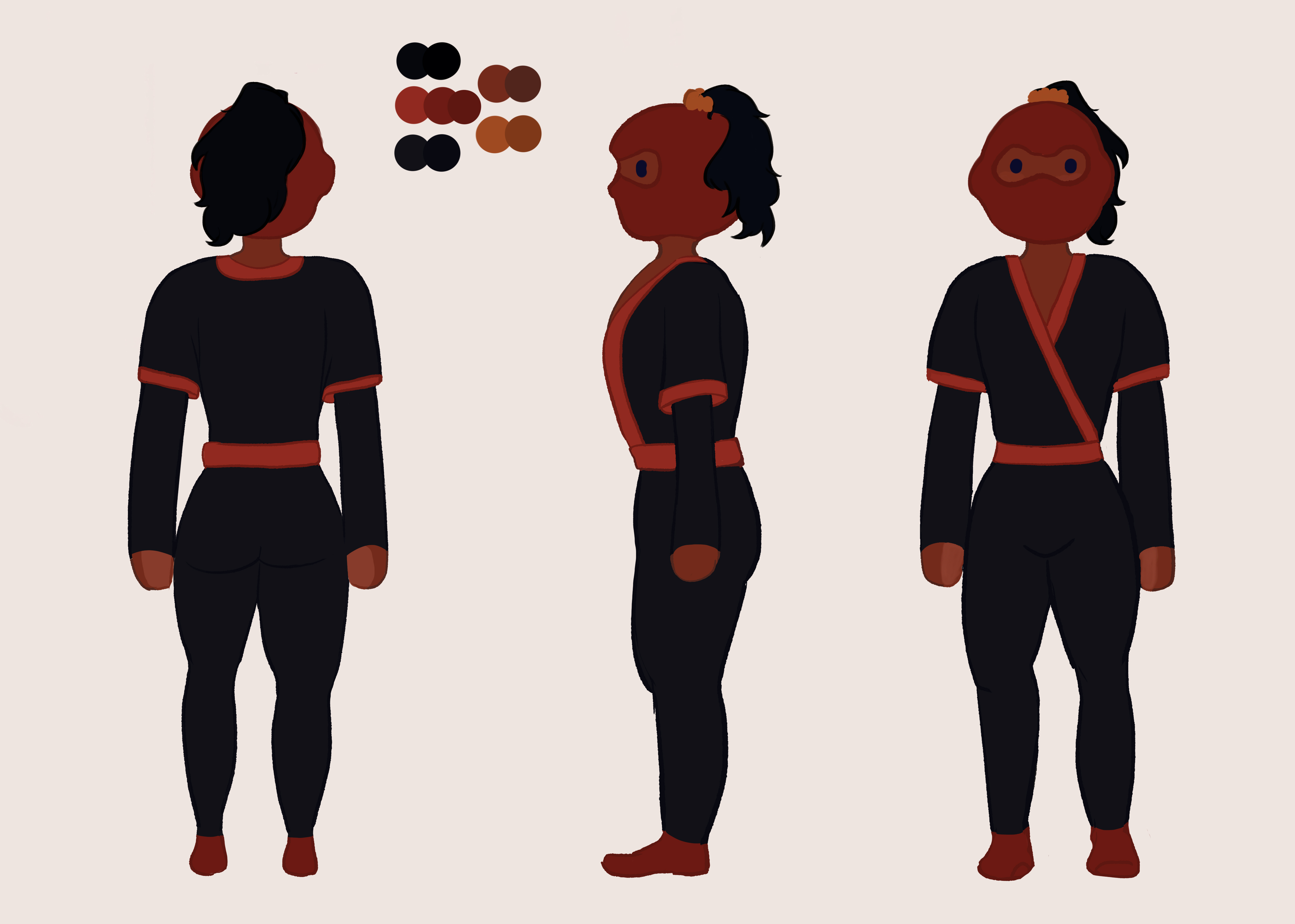 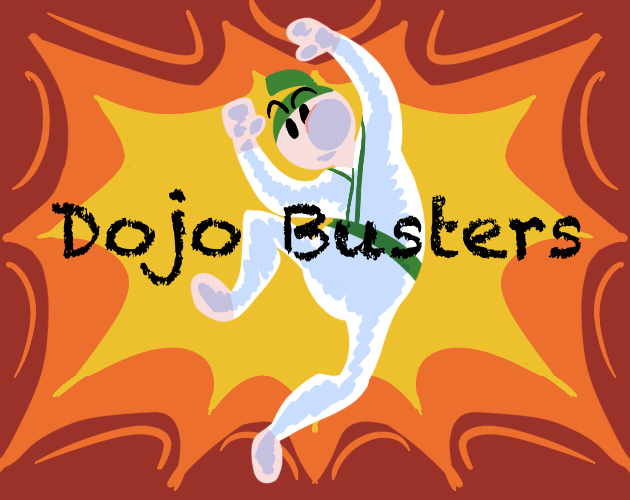 Our character artist was able to pump out an awesome model for the first enemy type, namely the Chump. This is the same enemy whose AI was completed this sprint. It was based off of the concept art that was displayed in the last Production Blog so make sure you go back and check that out to see the inspiration. It looks very similar and fits the style perfectly. This enemy model was included in our first digital prototype. 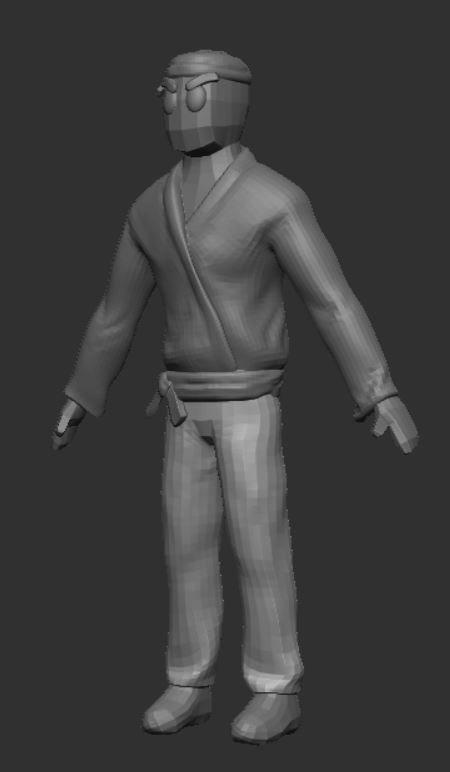 Next we will look at the props that were created by our prop artist. There were several that were modeled, UVd, and textured this sprint. These included the bookshelf, the horizontal sword rack, and the bokken sword. After the textures for those models were complete, our prop artist went back and created the models and UVs for the trophy and the other (vertical) sword rack. These have not been textured yet.

Our modular kit artist was busy this sprint and put in a lot of work since he not only completed the models for modular kit, but also went into Unity and made prefabs from all of those models so that the level designers could start on their official block out of the level and not have to revise it later because of new pieces. On top of that, he was able to get the textures for the first modular kit completed! 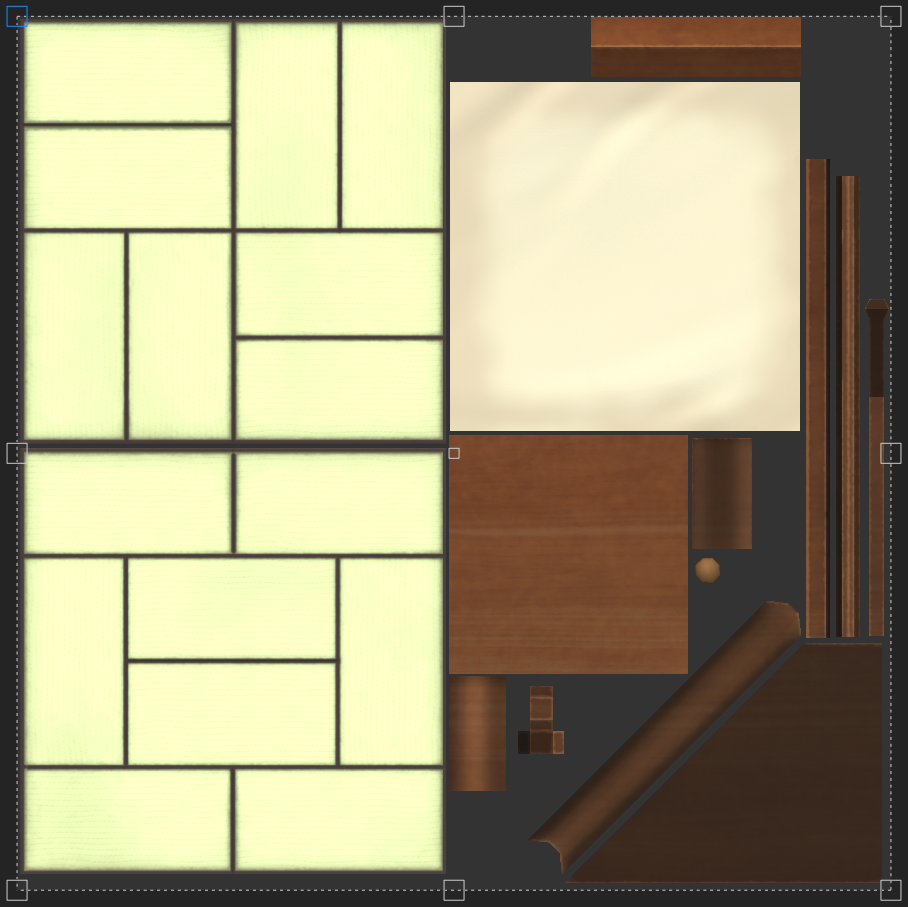 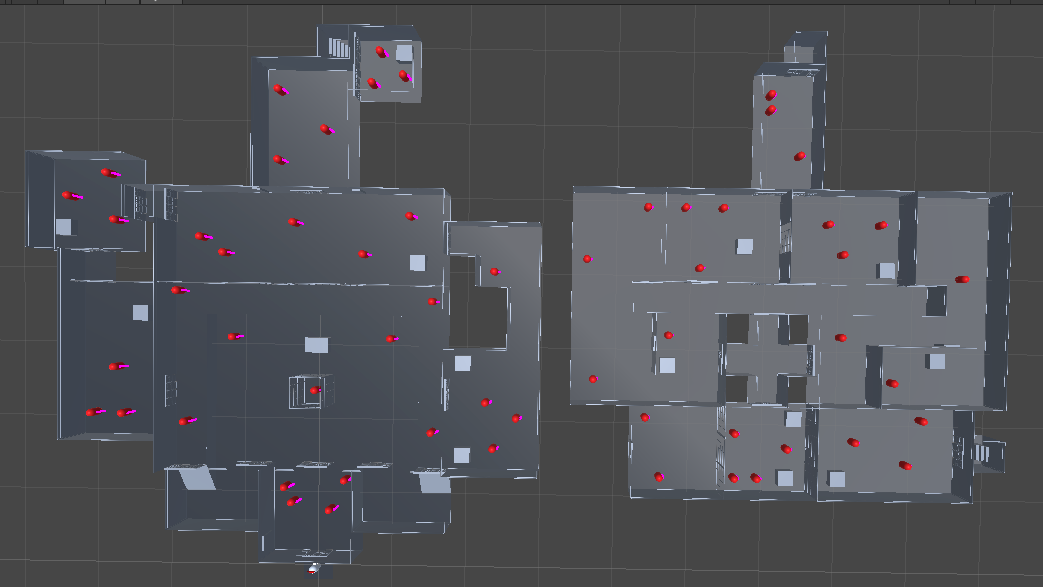 Our animator has been working hard to get some animations ready to bring into Unity. He was able to get several of them completed and they look awesome! On top of this all, he had to create the rig and weight map for the model before being able to animate.

Finally, our audio engineer has been running on full blast and kicking out so many awesome sounds! He has spent a bunch of time (and a little bit of broken glass :O) recording samples to remix in Audition and turn into awesome sound effects in game. With the pace he has been working at, there is little doubt that we will be able to obtain all the sound effects we need by the end of Sprint 7. He may even finish early, which would lend him to the particle effects department, if that time comes.

I am so excited for this project and am very happy with the work that has been produced at this point. Thank you for tuning in to this blog report and I hope to see you at the end of Sprint 3. Good luck to you all and have a great day!