Production Blog 6- Into the Woods

Sprint 6 review! We are nearing the end of our time this semester, and it is all coming together! Going to cover the great work my team did, but first I am going over 3 major personal lessons I have learned about being a producer in this class. Lets get this ball rolling.

Item 1: Being a producer means you have to give up a measure of control. Over the last several semesters, I have been producer on other projects as well. None of them have been as big as this, as a result I have always had to be a producer and X, where X is the position other people do not want or will not volunteer for. It is a sort of catch all spot that basically means your leading the team and ensuring you do a large part of the work. For me usually this means that I am Producer and Designer on a project, this was great because then I could knock out approving work very quickly. Now thought I have Olivia as my designer and I am strictly a producer, normally you would think this means less work and therefore less of an issue. This is wrong though due mainly to how large this team is and the fact that Olivia and I do not share a brain and our communication has to be on point. Fortunately we adapted well and work as a pretty awesome team at this point, but it is still hard letting go of things that I want to have specific ways. It means that I have to focus entirely on the group as a whole and their well being and not worry about this one tiny detail that won't just fix itself. This giving up is really hard some days and easier on others, but it also leads to the second point.

Item 2: It is not my idea, even if I think it is awesome. I struggled with how to title this section because I do not want to be up hear making things up, but also its important to explain how I don't know exactly how all of the game works (in this instance I am specifically talking about the code). The important part as a producer is that I know it does work and it does work as intended by the designer. That is really difficult for me to personally wrap my head around because it feels wrong, but I don't get to make any the choices for what content should and shouldn't be in our game. And that is OK. The idea for this has never been mine and while I have always wanted to support our team in the execution of that idea, I had to re-learn how to do that for something that I did not come up with with as large a team as I have.  I will always enjoy talking to people about this game because I do think its amazing, and I really like making it. I will also always give my designer Olivia all the credit in the world for this vision because without it, our game wouldn't even exist. The cool part about this though is that because my job involves making sure everyone else can do theirs, that means I have plenty of free time right? (If you read the past entries in this blog you know that is a huge lie) No, in fact it is my entire third point.

Item 3: Working ahead is being on time, anything else is just barely keeping up. This whole semester from day 1, I had assumed there would be plenty of time to do everything. I would love to admonish past me for having such silly ideas. I have learned that every instance of free time should be spent planning what to do next, there is no "ok we have EVERYTHING caught up, we can rest now" phase. Much like the people working hard to make the different aspects of this game, the best way to stay on time is work forward as much as possible. Things like planning sprints, allowing time for bugs, making sure the builds get done on time, all of it is vital and takes up SO much time and attention that I often find myself with around 8 hours a week of just Managing to keep it all together time. This is not to complain, but simply to state that any instance you have to work forward and plan out how the next steps are going to go do it. Any time you think you have finished everything for a feature? Take 5, grab a drink and then plan out what is next. Fortunately this particular lesson was one learned early on in the semester and it has just taken a while to properly form into words. It is not hard to do because of what the work requires, merely because the work is never ending. It is ok though, because I am not doing it alone and my fabulous team is here to ensure that we get as much possible done each and every sprint! (Only the smoothest of transitions here).

Much like the little engine that could, we are slowly but surely closing in on our goal, this sprint I went through the backlog and trimmed some fat off the edges; mostly duplicate cards and smaller bits that did not need to be accounted for any longer because they were already finished. As you can see the lines are slightly closer, but not by much. 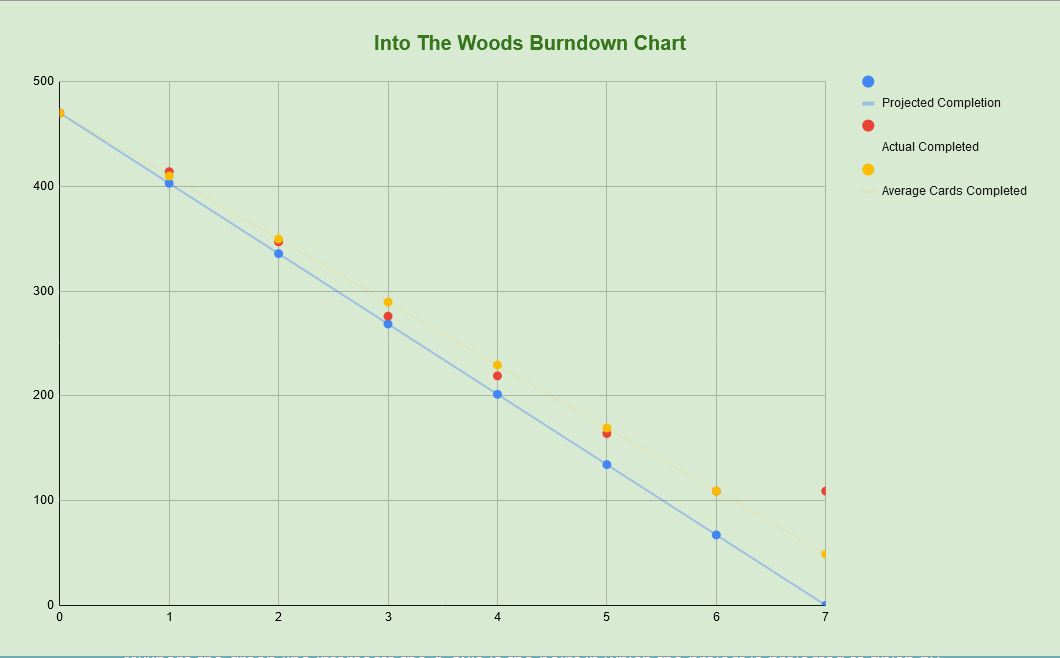 Our teams have been working really hard this sprint, the actual completed work is still a little bit off, but we will be trimming more in the coming sprint to ensure we get as close as possible to the goal of finishing the game exactly at the end of sprint 7. Lets start today by looking at the programming group!

For programming we start with Chase and his work on tying in the player animations so they can be seen properly, along with inditcators for the boss room so you dont just wander into it: 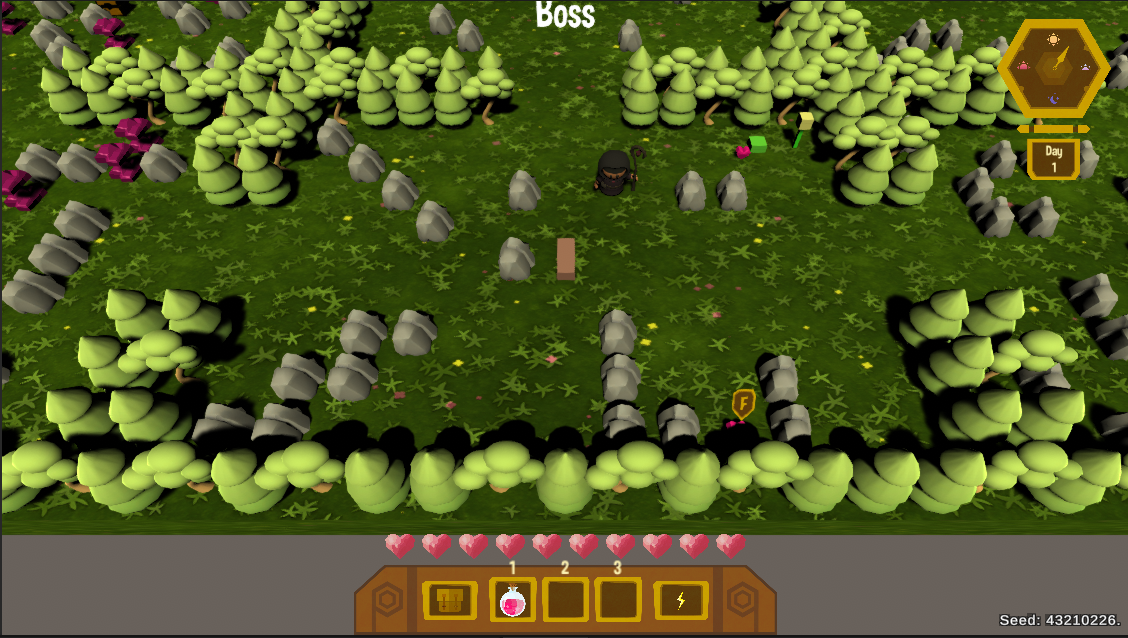 Moving on we have Paul who has made items bob and rotate along with item titles that appear when you mouse over them: 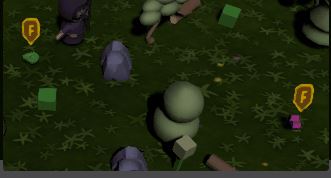 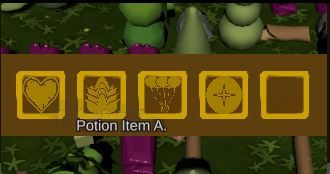 and we also have JT who has been working on our UI upgrades that allow players to choose screen resolutions ,and making sure rooms are locked for players during they day if they are 'night only' rooms: 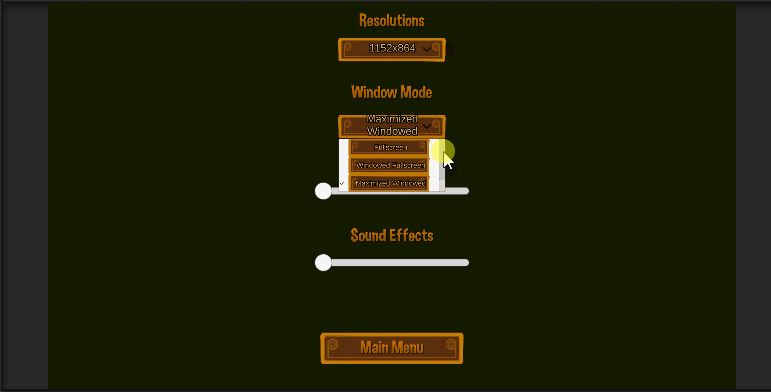 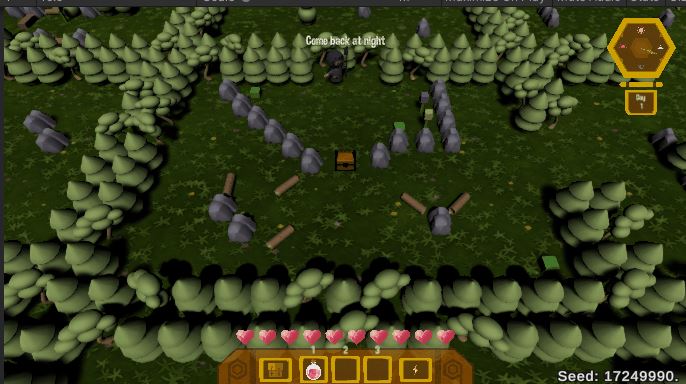 Erika has been working on creating a new type of forest for everyone to play in, it is the Bio luminescent forest and it looks a little something like this: 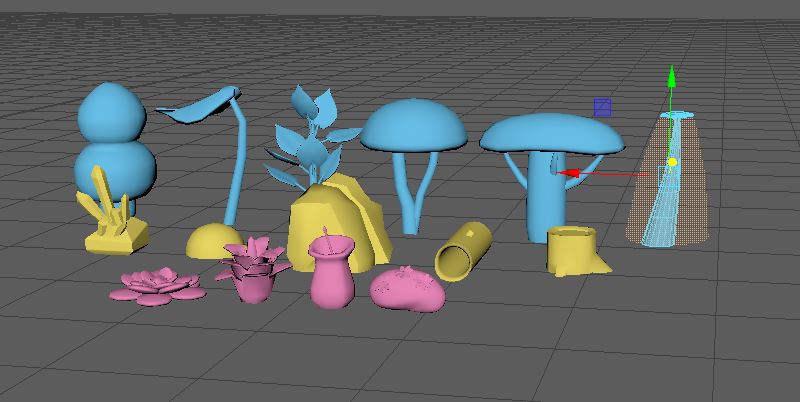 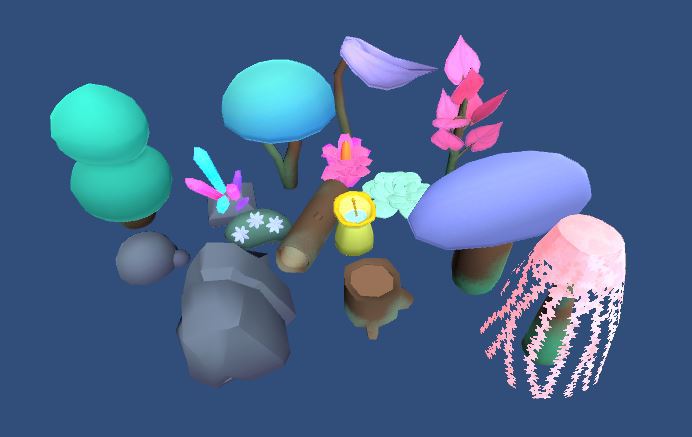 Meanwhile Talia has gone off and given us the first of our two ending scenes in addition to texturing the last of the collectables: 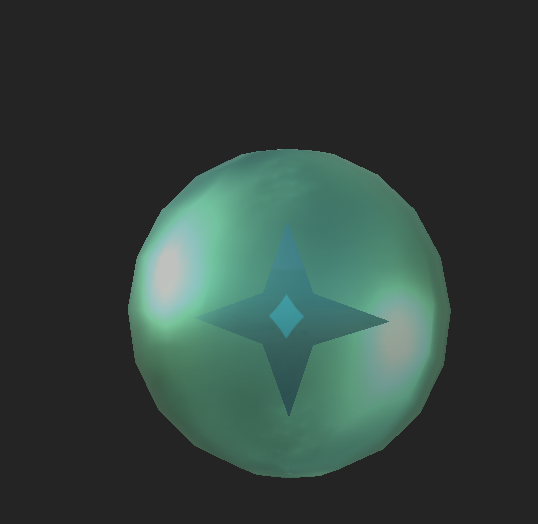 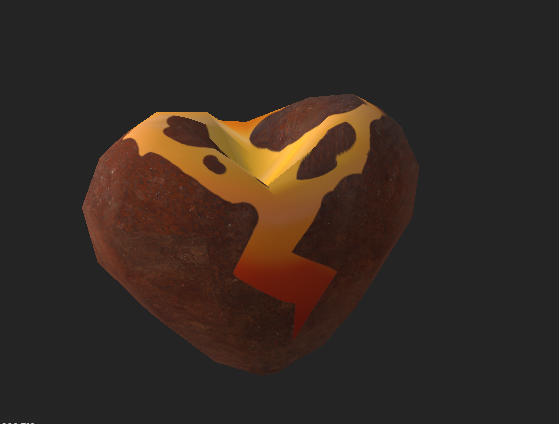 She also graced us with our 3D scene for the main menu! Just look at this glorious image, it doesn't do the menu any real justice: 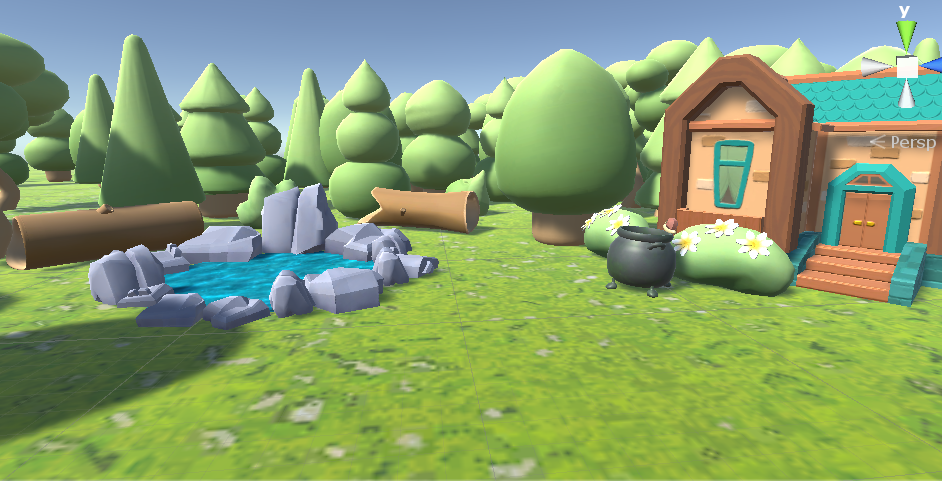 Our level designers have been busy finalizing everything, but they also have been setting us up for success by gathering music for the game and sound effects for the enemies. I wont show you pictures of the sound file names, because that would be silly! You will just have to play the game.

An example of Eric's finalized levels: 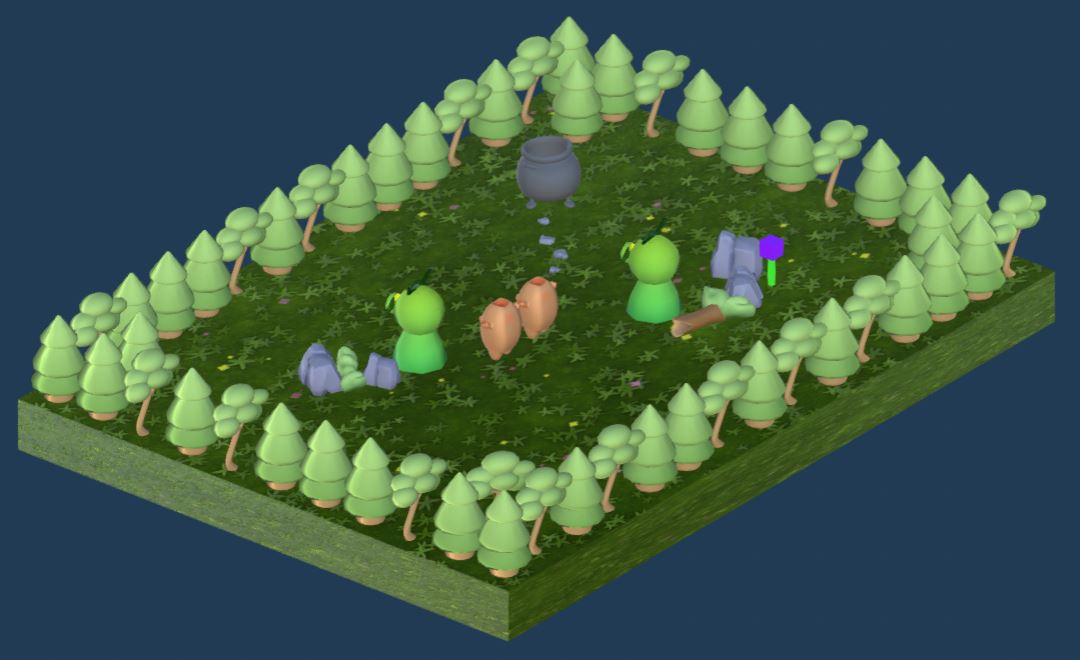 and an example of Reggie's finalized levels: 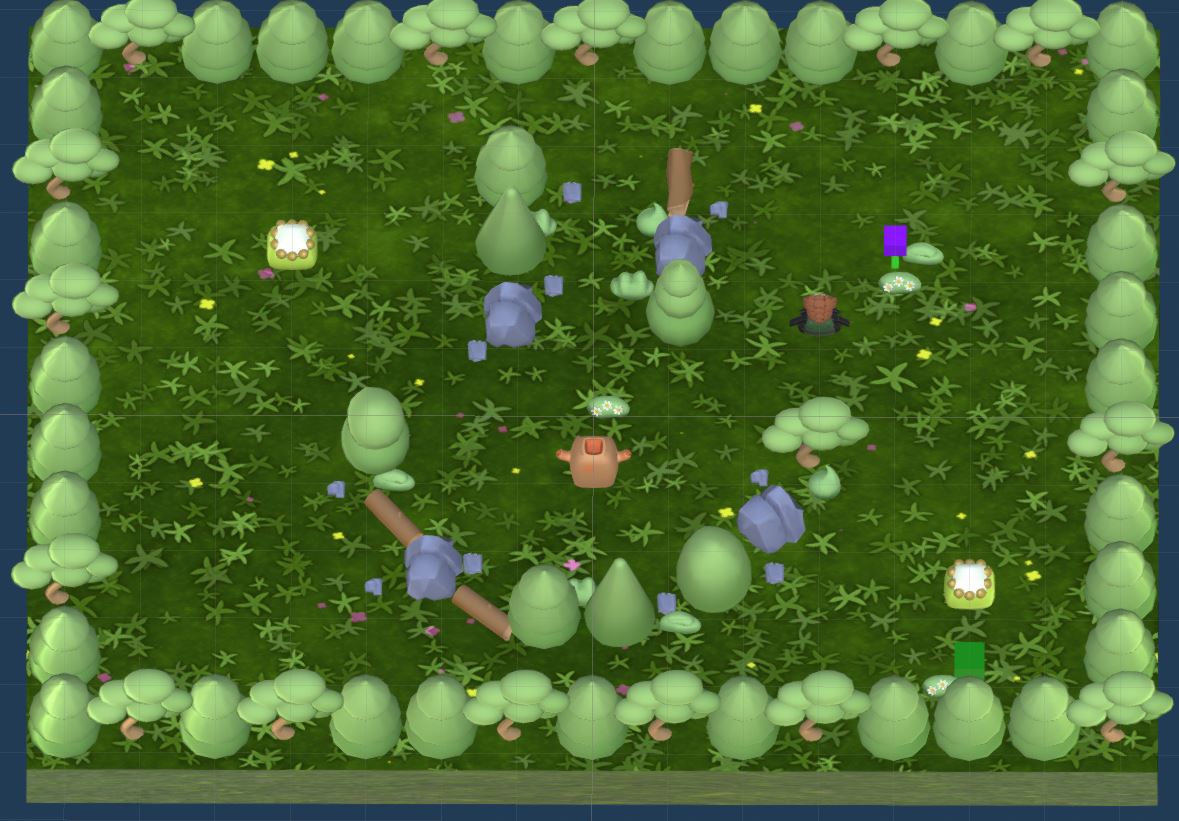 Atley has been working really hard to redo a lot of assets so they are even better than before, here are a few samples of his work. 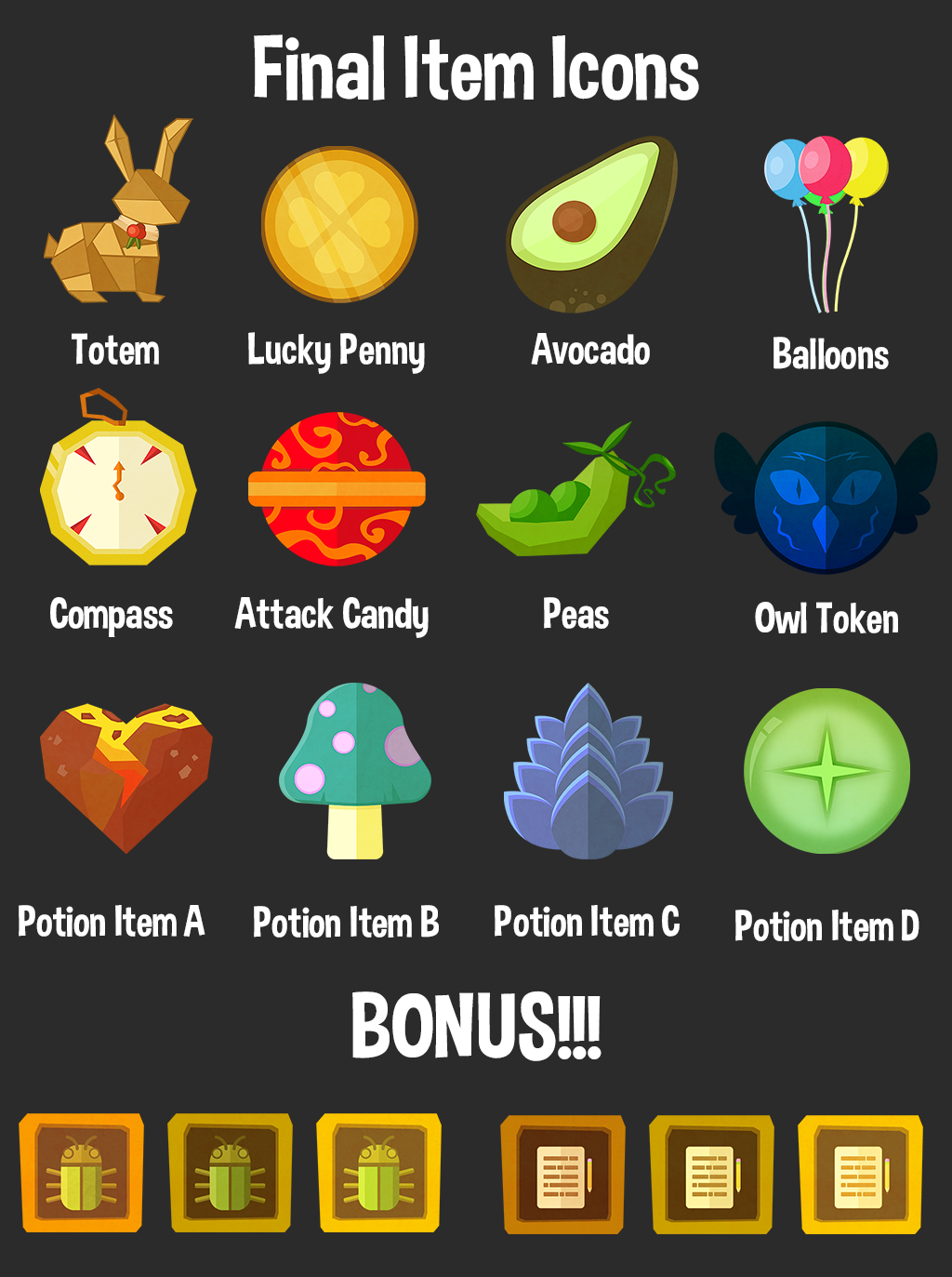 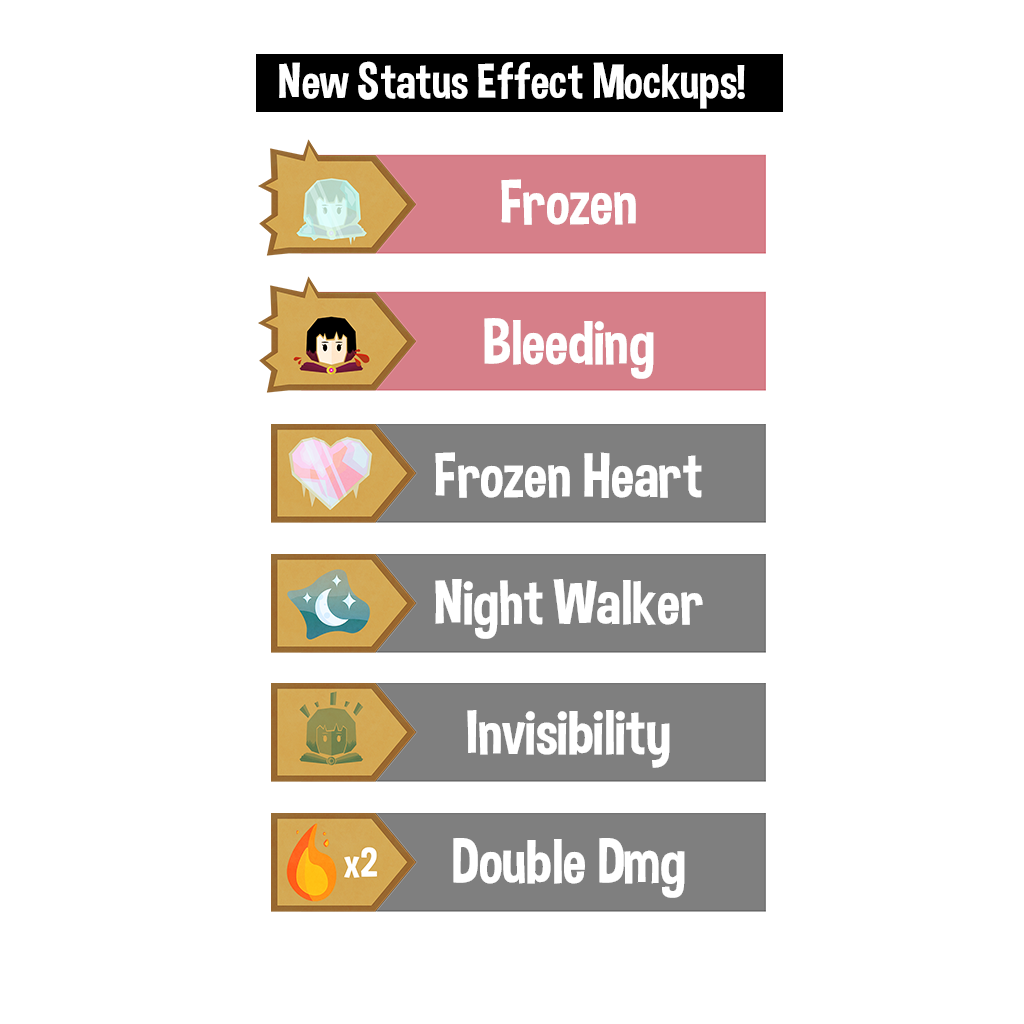 Eder has continued to impress with his lightning fast turn around time on rigging our models, as shown below. 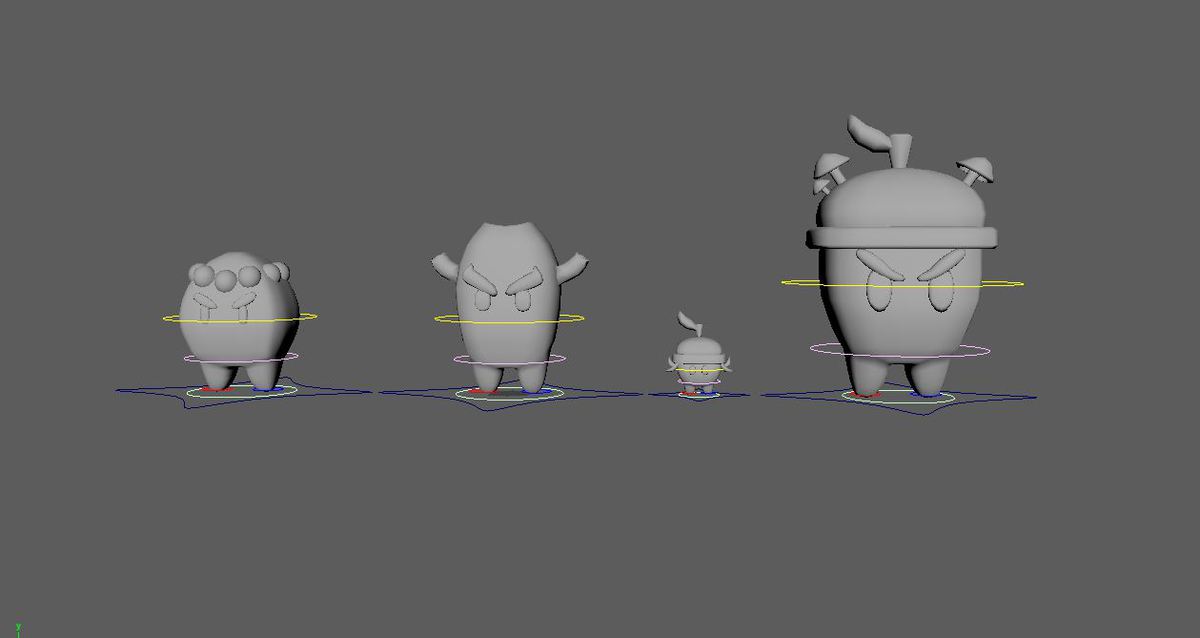 Meanwhile Daniel has been showing everyone what great rigs like that can do, by animating our A type enemies and giving them life as seen here:

This is it, Sprint 7. The final chapter in our epic saga on how Into the Woods was made, I can not wait for you all to see the final version. I hope you have a great day and I will see you next time!