Production Blog 5- Into the Woods

Welcome to Sprint 5 review, today we are going to show off some really awesome stuff produced by this team. I will also be taking some time to talk briefly about backlogs and why they are so dang important to a game (and its development).

Over the last several sprints I have spoken about how to properly assign work, communicate with your team and manage your resources as a producer. This is all fascinating, but where does the work actually come from? Do we just wake up some mornings and decide "Ah! My game should also include loot boxes!" Naturally the answer is no, of course not. There is a lot of work that goes into proper pre-production so that you have an idea of the features and functions you want your game to include. This is called a Design Document and it is usually very large, changes constantly and contains just about every single piece of information about the game your making. Using this document, we can decide what we need for the game to function properly, what we think the game should have to make it better and finally what we wish the game has so it will be the best version of itself. This list is organized into what is called a Backlog.

During pre-production, as a producer your job is to create the Backlog and figure out how specifically you want to organize everything. Personally I use a fairly simple method of organization via discipline, i.e. "Programming", "3D Art", etc. After these tasks are sorted out, it falls to me to break the work down into pieces so that my team can accomplish them without being stuck working for months on end. Because of the ever changing nature of the Design Document and the various technical and artistic choices you and your team will make, the Backlog will fluctuate in size.  When a feature is added, it goes into the backlog and can upset the forecast workload for a team. On the other hand if a feature is dropped, you need to ensure that the work for that feature is removed so you can keep your work allocations as accurate as possible. This adding and removing of items to the Backlog is normal and should not be a reason to panic, although if you are trending towards an overstuffed backlog or an incredibly tiny backlog you may want to sit down with your Game Designer and talk about it.

Ideally as your team works towards the end of their project, the backlog will match the remaining time in size. If you start with 15 weeks worth of work and still have 7 weeks of work when the game is set to launch tomorrow night, then Huston You Have A Problem. That said nothing will ever end perfectly and there will always be something left over at the end of the day. It is important that you as a producer not get lost in focusing on all the small things or personal items that did not get added to the game, you should be worrying about big picture stuff. Does the game function properly? Will it be released on time? Did the features that you told everyone are in there actually make it in? Is the game fun for its target audience? So long as you keep those sorts of goals in mind and continue to communicate with your team and supervision, you should be ok.

Obviously being a Producer has a lot of different aspects to it and if anything falls apart you are the person who needs to ensure it gets put back together. For me personally it has been a really great learning experience simply because I am constantly having to change my ideas of what a Producer is doing with their time. While it has not been always fun, I would have to say it has certainly been worth all the work put into it seeing what my team has accomplished with Into the Woods.

Next sprint I will have a more personal message for the review. In the Air Force we would have a meeting after major exercises and drills that allowed people to talk about what worked, what did not work and how to improve the unit for future work. I will cover all that and have a few personal thoughts on this game and how I think the semester went for us as a team overall. But that is next time, now is the time for talking about what all happened THIS sprint!

Sprint 5: It's OK, we are professionals!

This last sprint saw a rather large expansion of the backlog for Into the Woods, so it is rather fortuitous timing that I speak on this subject now. Here is the burn down chart for everyone to take a look at: 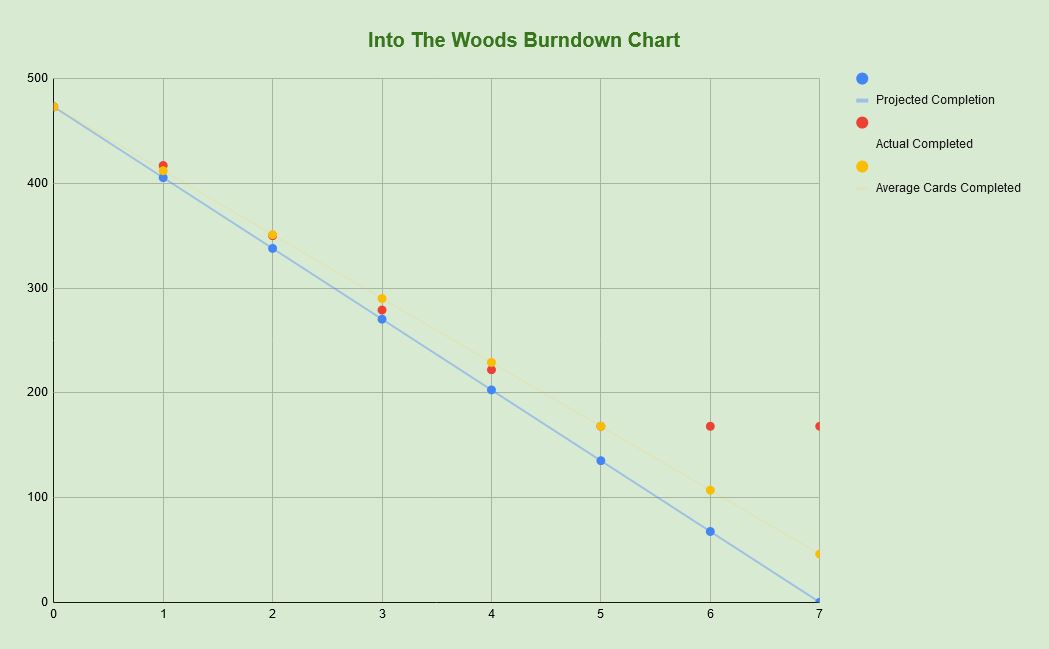 This next sprint has some housekeeping included in it for the backlog, so do not be surprised if it shrinks before you see it next time! Lets move on to our team of all stars!

Man alive, these two can not be stopped! First off we have Erika continuing her work with the snail on a cauldron by texturing not only that but also boss B enemies! She also modeled a master for the player and gave him a really great hat (after putting him in a cage to indicate he has been captured of course). 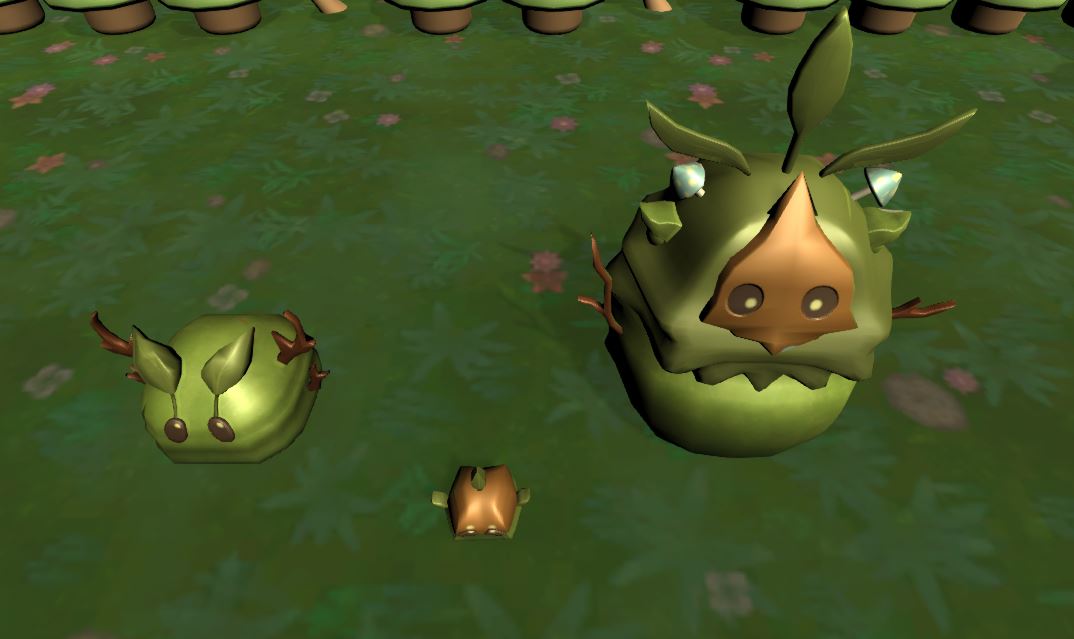 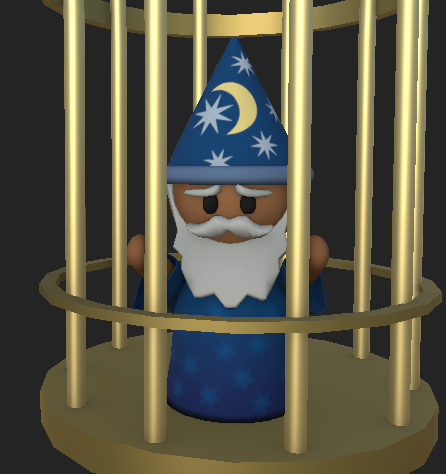 Then we have the wonderful work that Talia has brought to us, by texturing and modeling even more enemies and texturing the pickups for players!

Atley has been working hard this sprint by producing concept art for a different version of boss 1 and creating status effect icons. He wrapped everything up by creating new icons to use for our different potions we have in the game. 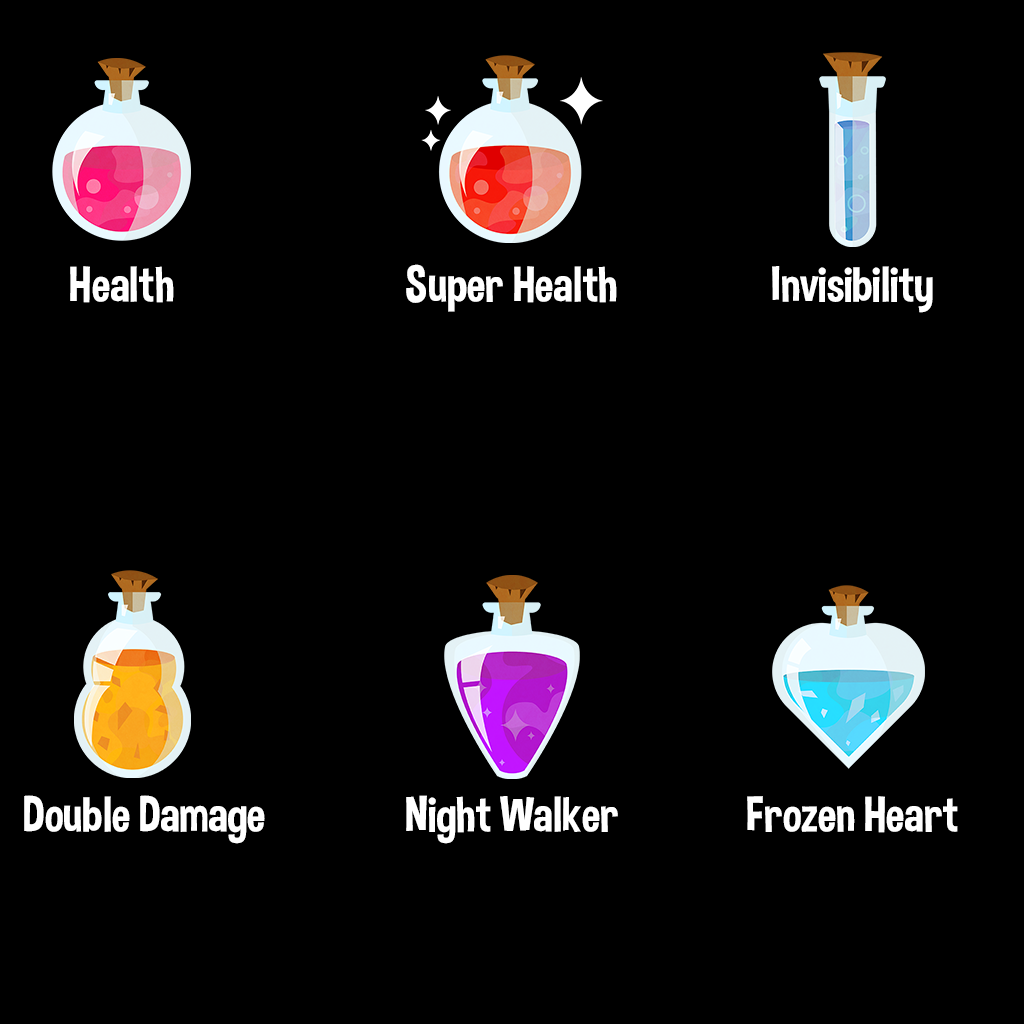 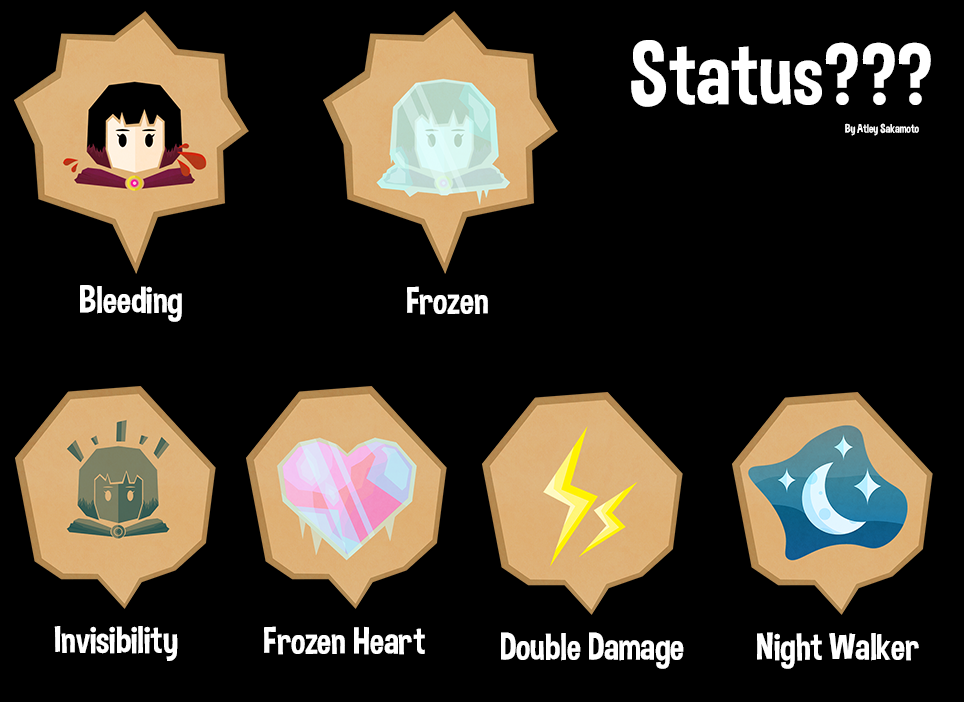 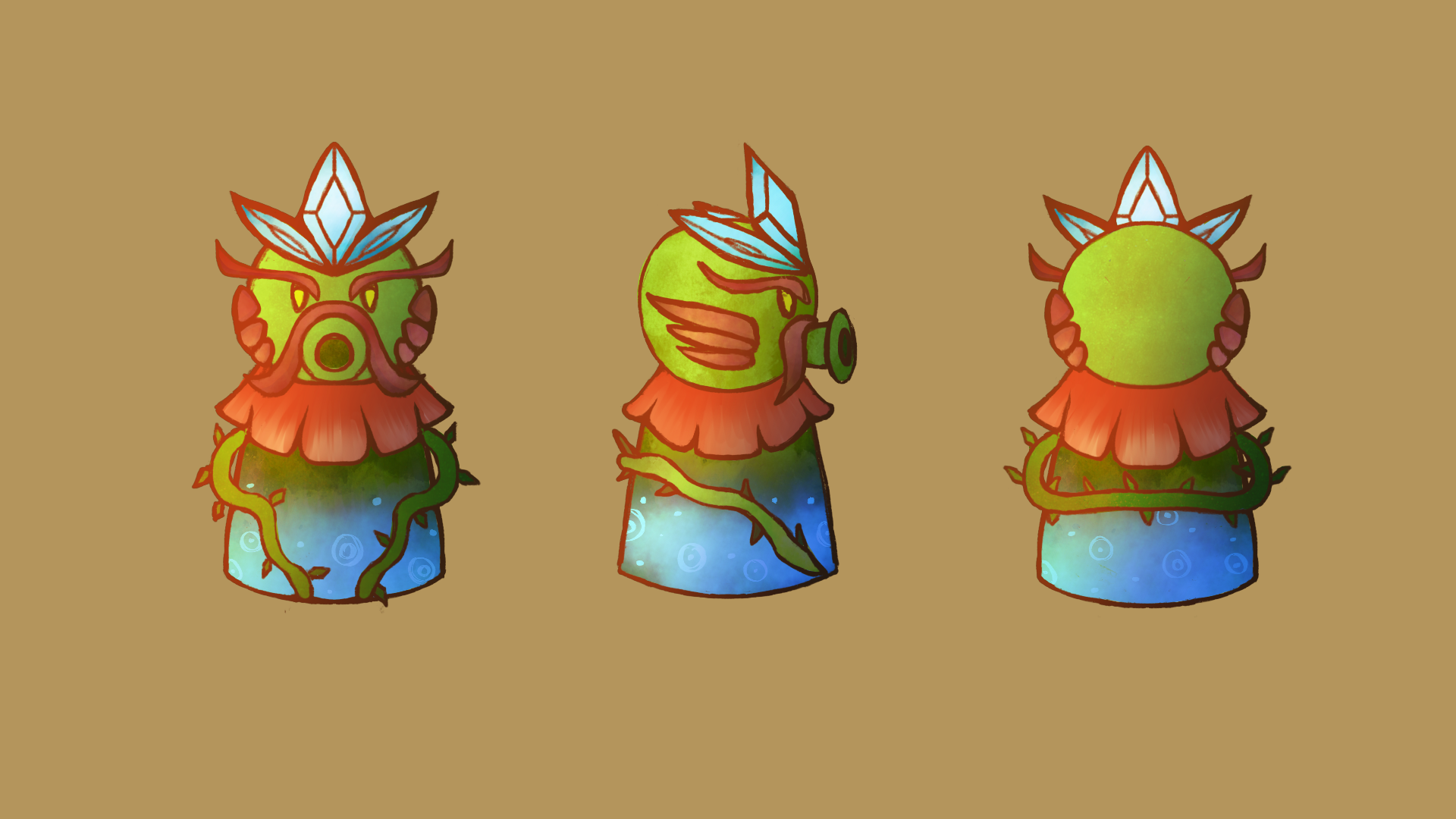 Edder has been busy ensuring all of our rigs are properly fit to our enemies, like the example you see below!

Meanwhile Daniel has been giving our new Boss A model animations for both his attacking and being attacked!

JT spent this sprint reworking our pop up system for items and introducing status effect popups. He modified the win conditions so the player is aware of when they beat the game!

Chase spent a large portion of time on a system that augmented how the world was laid out when the game generates all the tiles you use in the 4X4 grid. He also programmed some of the last pick up items that the players would be collecting during gameplay.

Stuff Reggie did this sprint included working on final versions of tiles for a total of 48 tiles completed overall! But he also found time to crate visual effects for the players spells, so you can get an idea of what spell you are casting very quickly. 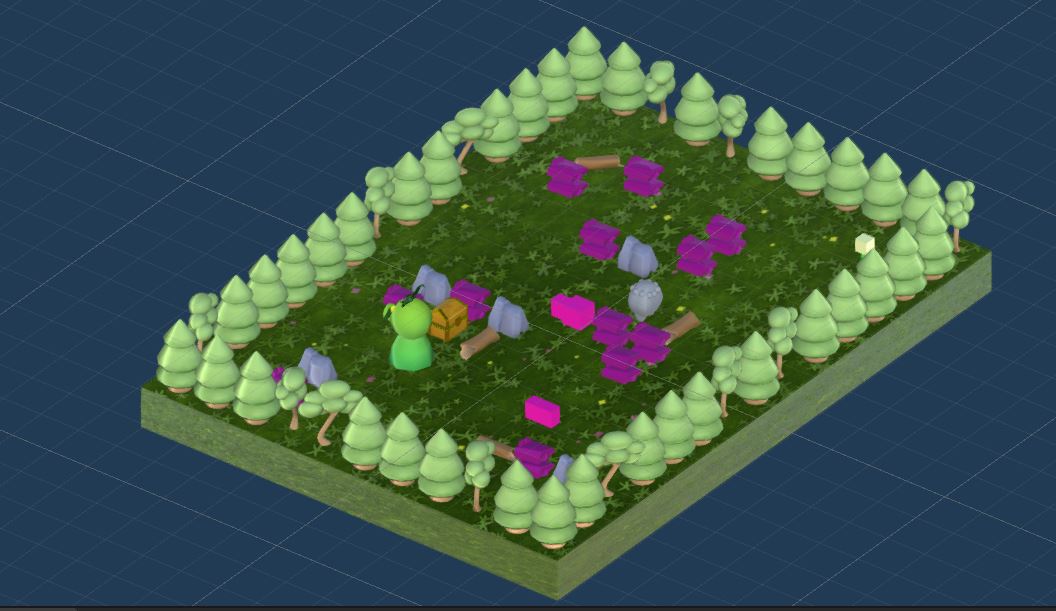 Eric spent this sprint recreating the floor texture that we used in the forest so it has a more natural feel to it and designing several particle effects so that the forest feels more alive and exciting. Hey also did some effects for things we cannot show you just yet! 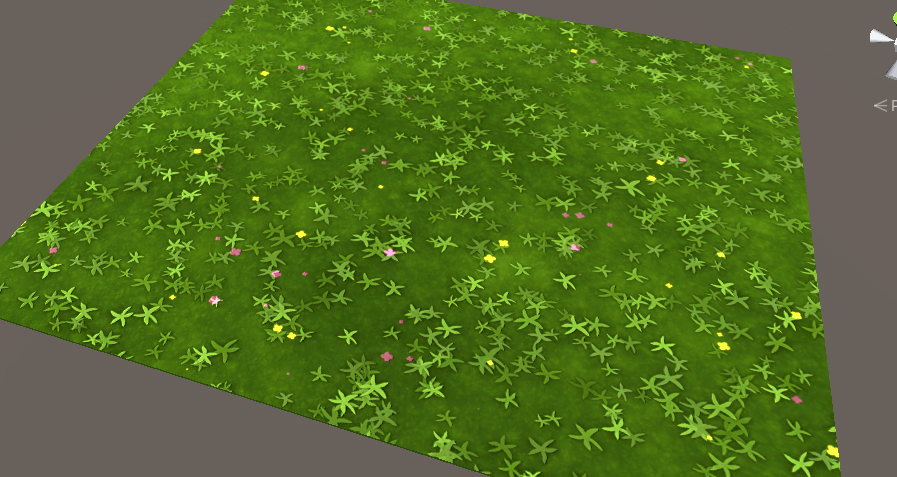 Overall this has been an amazing sprint and a great set up for Sprint 6, in which we plan to have all features in the game finally. The semester is coming to a close and we draw ever closer to the release of Into the Woods 1.0. Will you be ready? See you all next sprint!