Design Blog 3 - Into the Woods

Hello again from the Design Side of Into the Woods!

Hopefully, you have had a chance to play the game that we have made, if not, please feel free to download and play! So, let's get into the progress from this sprint!

This was the second build that we have of the game thus far. Where it is not where I would necessarily like it to be, it added a key element to the game that I felt was missing in the last build: there was working AI in the game! Currently, I have designed 9 different base AI and 2 bosses and, if I remember correctly, all but 1 enemy and 1 boss are in this current build of the game. That being said, that was the biggest thing that I wanted feedback on this build. The other, more minor thing, that I wanted to get some insight on was the world generation. Because of the fact that I want this game to be such a different experience for the player every time they play, this is something that I want to be sure to touch on each time that we build. The random generation might not be done quite yet this build, but it is random-ish. :)

We didn't get as many playtesters as I would have liked this build, but the feedback that they provided was still very helpful! They were all over 19 years of age and they fell under the player types that I felt would like the game, specifically achievers and explorers. As I stated last time, this is something that matters to me as I want to make sure that the people that are playing my game actually like the game!

As I mentioned before, this feature isn't 100% complete yet, but one of the important things here was that the player, after playing the game again, felt like there was a change in the game that was being played. To my delight, the players did feel a change in the maps that they were playing. Where I was less delighted was that where we were able to get positive points in the maps, there was a less useful feeling to the items that were in the game (after being told that the items were very helpful last build). That is going to have to take some time to rebalance and make sure that there are enough items that are also useful to the player.

One of the other things that I struggled a little bit with when talking about the enemies in the game was that I wanted to make sure that every enemy felt like it behaved differently. I didn't want there just to be the same enemies all over the map. That being said, the playtesters did think that the enemies felt different! Where it was mildly expected, but never fun to hear was that the game was now far too challenging. Something that I had the programmers integrate into the game this build was making sure that the doors closed and locked behind the player until they were able to rid of all the enemies. Last build, players seemed to just run into all the rooms until they found the boss and I didn't want this to be the case. I will need to reassess with the level designers about how the enemies should challenge the player in the rooms, but I think it is always much easier to make the game less challenging than more.

Unfortunately...no one was able to win the game...and to be honest, that includes me. There was a little bit of a 50/50 split on the "fun" aspect of the game and that is a little disheartening, but also, how can you have fun in a game where you can never win? One of my biggest goals is to fix up things so that they are not only fun again, but also not too challenging. In the feedback forms, a lot of the players were saying that they felt ambushed by the enemies and that is definitely not the feeling I was hoping for....I think I have a solution for that, so I am excited to get in the trenches and help balance and make things fun again!

This was the most amazing thing for me this sprint. Atley was able to get some amazing work done in terms of how the enemies that I mentioned above will look like. I feel kind of bad because I didn't give him too much direction about how I wanted them to look, but he was able to take everything I could have imagined and make it even better. Below, you will see the Type B and Type C enemies that will be modeled by the 3D team. Atley also finished up the art the player will see in-game and I am excited to say that it is also in the build! 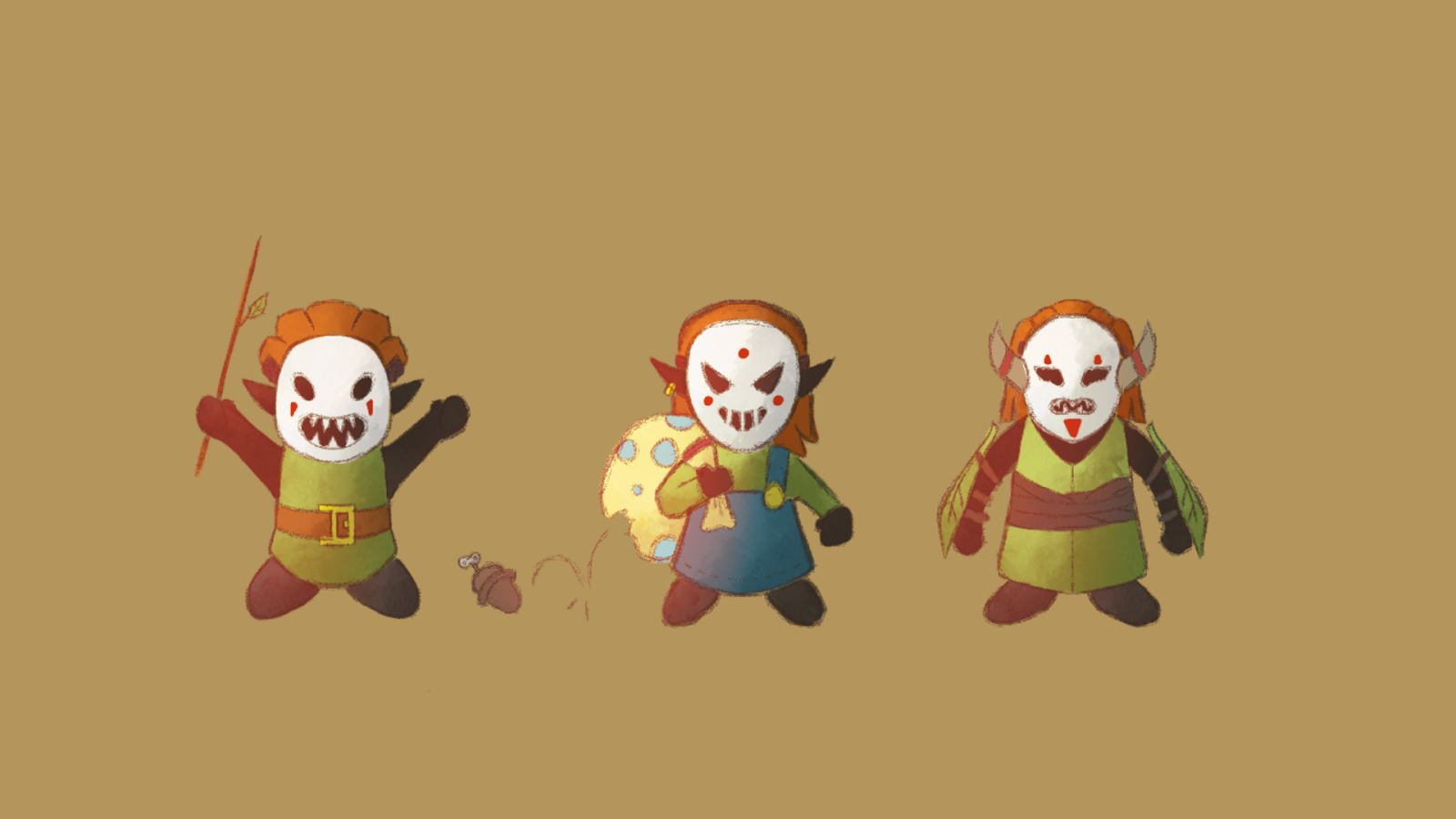 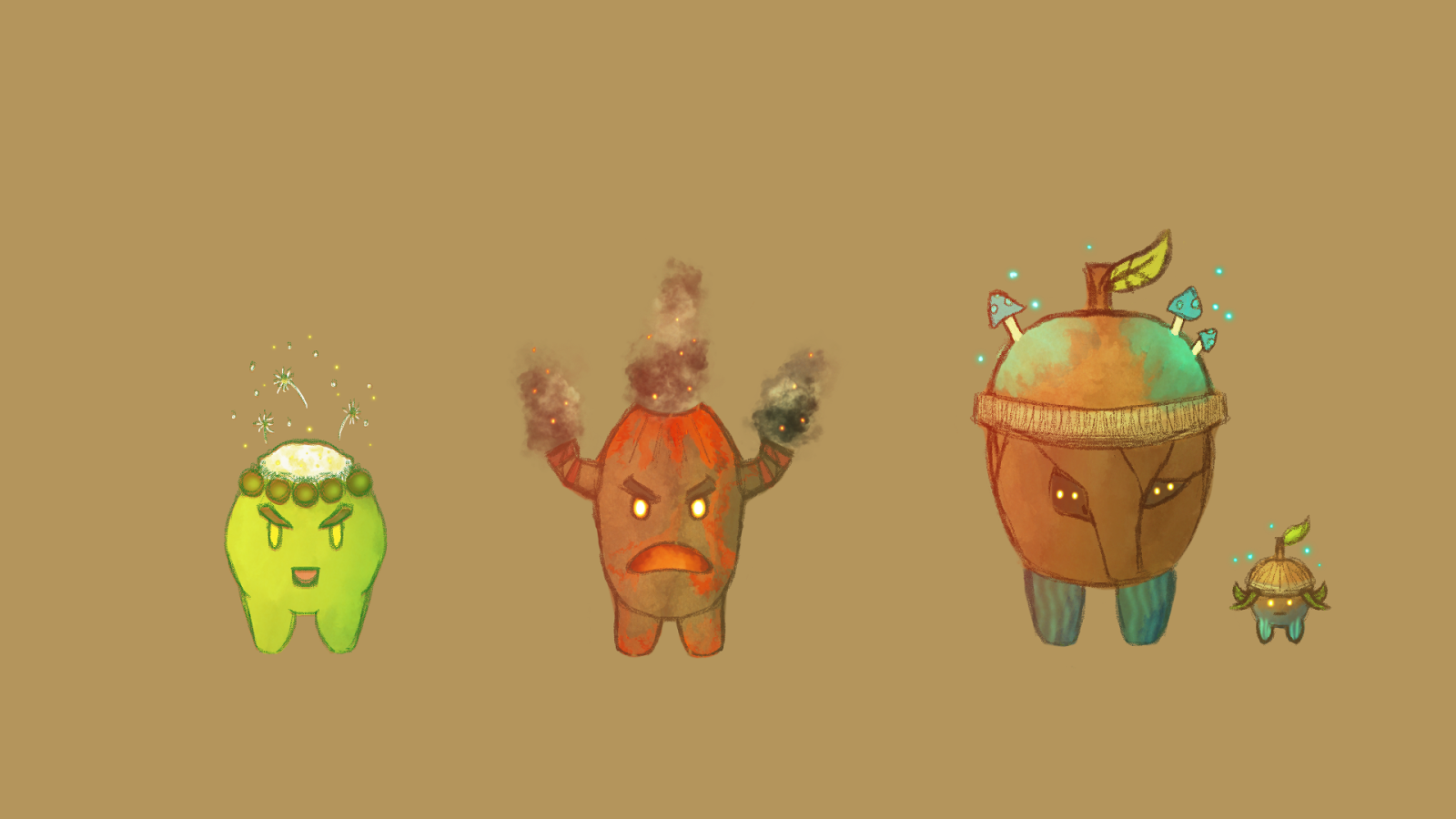 When it comes to 3D, the biggest things that I wanted to show off are Erika's cottage and Talia's Enemy A models! I am so, so happy with how all these things turned out and they definitely matched the whimsy that I was looking for when designing this game. The textures and little details that both of these amazing women put into their work floors me every time and I am so excited to see what else they create moving forward. 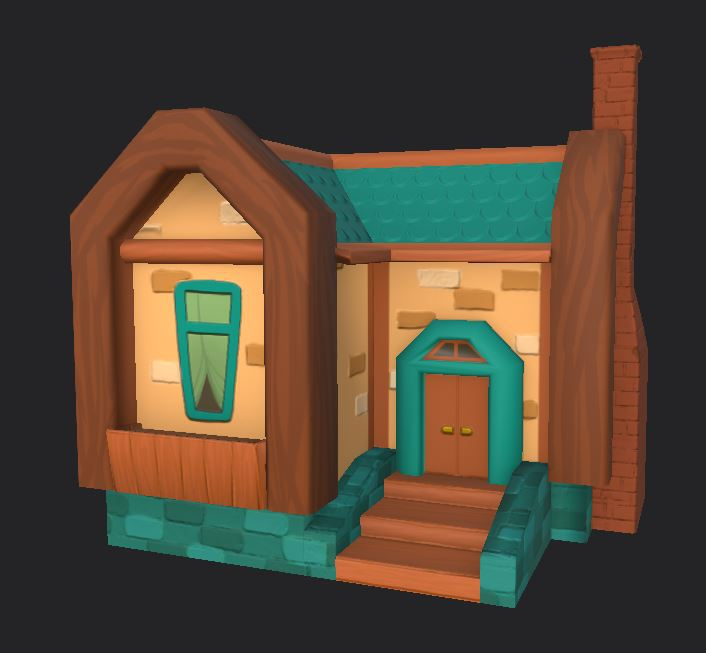 The reason that I want to put these two teams together is because they really did work together to make this build amazing! From maps, creatures, menus, and extra little details, Chase, JT, Paul, Reggie, and Eric made some amazing progress for this sprint/build! The biggest highlights and spotlights I want to put out there are Paul and Chase. Paul is the superstar that worked on all the enemy behavior that you see in the build, and Chase was able to take pretty much any request I had and fufill it. Below, I am highlighting Paul's work, but I am so proud of all the things that both of these teams have done. If you want to appreciate their work too, I highly suggest you go check out the build.

I will say it every time until it's not true anymore, which will probably be never, that I am so incredibly proud of this team and all that they have done for the game. Seeing the things that I design come to life for people to enjoy is the most fulfilling thing and I only wish that everyone could experience this joy. Please, go and download the build! I want you to be able to appreciate the work that these individuals have put in and any feedback that you provide will only help us to make this game better!

To my team, thank you for all the hours that you put in and the dedication that you have to the project. To anyone who has gotten to the end of this blog, thank you for being here and joining us for this adventure! We cannot wait to share with you more progress and the new things we present each time.

From our team to you, we hope to see you again next time!