Design Blog 4 - Into the Woods

Greetings again from the Design side of Into the WoodsI!

So glad that you have come back for another round of this, the discussion on the talk of the making of our game! That being said, in this blog, I will focus more, just like last time, on mostly the design of the game. If you would like to read a little bit more into the progress of the game and how that is going from a production standpoint, I invite you to take a look into my producer's, Nathan, Production Blog!

Anyhow, let's get into it!

This being our third build, we had quite a bit of progress that has gone into everything so far! We might not have done everything that I had hoped for this sprint, but it was definitely a defining one. Beginning with our next sprint, we really need to be deciding what we are going to be keeping in the game and what will probably be a little bit more on the back burner. At the end of the day, my goal is to have a game that everyone on the team can be proud of! Some of those defining features include the things that we did this sprint and for this build in fact...

In terms of who played our game, I am very happy to report that we got a lot of people playing our build! All being over 19 years of age (which is great) and folks mostly identified themselves as achievers, explorers, and back this playtest, collectors! It is super important to me that all of these people like the kind of game that my game falls under, so that was a good thing to hear!

Some of these categories might look a little bit the same as last time, and that is because a lot of what I was testing was the same. The inner workings of our game have changed massively though, therefore, it warranted a knowledge of making sure that those things were working out well. In terms of the world generation system (which is fully random at this point!) people did feel a change in the map, if ever so slight. This was a good thing for me because I want to ensure that no playthrough will ever feel exactly the same. On the things that need some reworking, players talked about enemies needing to give you more of a chance to attack them before they attack you as well as items still needing a bigger purpose. I am happy to report that items at least have a little bit more of a purpose for folks in this build, but they still need just a little bit extra to be worth something.

As for the enemies in this build, all of them were integrated and everyone said that they felt different! They said that...the playtesters...so HEH. Anyhow, there is one enemy in particular that I know I need to look at. I am so thankful for my programmers for giving me the freedom as a designer to make those small things that will allow me to easily balance the numbers, as a lot of this is a numbers game. That being said, moving into the next sprint, I will be making sure to find those particular enemies that need a little bit of reworking so that I can make sure to listen to the feedback that I hear from the players.

Though the entirety of the day/night cycle is not integrated yet, there are some key components that are in the game thus far. The first thing that was important was that people could tell that there was a visual change in the time of day. To my delight, the majority of the people that played the game could tell that there was change. If not just in the lighting, they could also tell in the UI. On the flip side of that, there were a vast number of people that also couldn't tell the time of day change...? That being said I know that there are probably some numbers that I will need to tweak and things that I need to do to make it more apparent to the player that there is a time change and that it means something.

I am happy to report that in this build, folks did win the game! I was hoping for something just challenging enough to be winnable, but also enough challenge to not make the player win every time. The other thing that was important to me was that folks actually had more fun playing the game this time! I had some folks give it the top rating versus just the middle ones and I am happy about that point. Regardless of who you are, I want the game to be fun for you, even if it is not the kind of game that you would normally play. Moving forward, I know of some areas that will definitely need to be changed so that the player has a little bit more knowledge, but I also want to make sure that the game continues to be fun for those that play it.

Here is the time where I will briefly touch on the things that made me so super happy to see some out of this sprint!

Atley and Daniel were ROCKING IT this sprint and I got some amazing assets from both of them. My favorites include the new boss enemy that we will have in the game as well as the attack animation for the player. I think that both of these things really capture the idea of whimsical charm I was looking for as well as being "terrifyingly adorable". 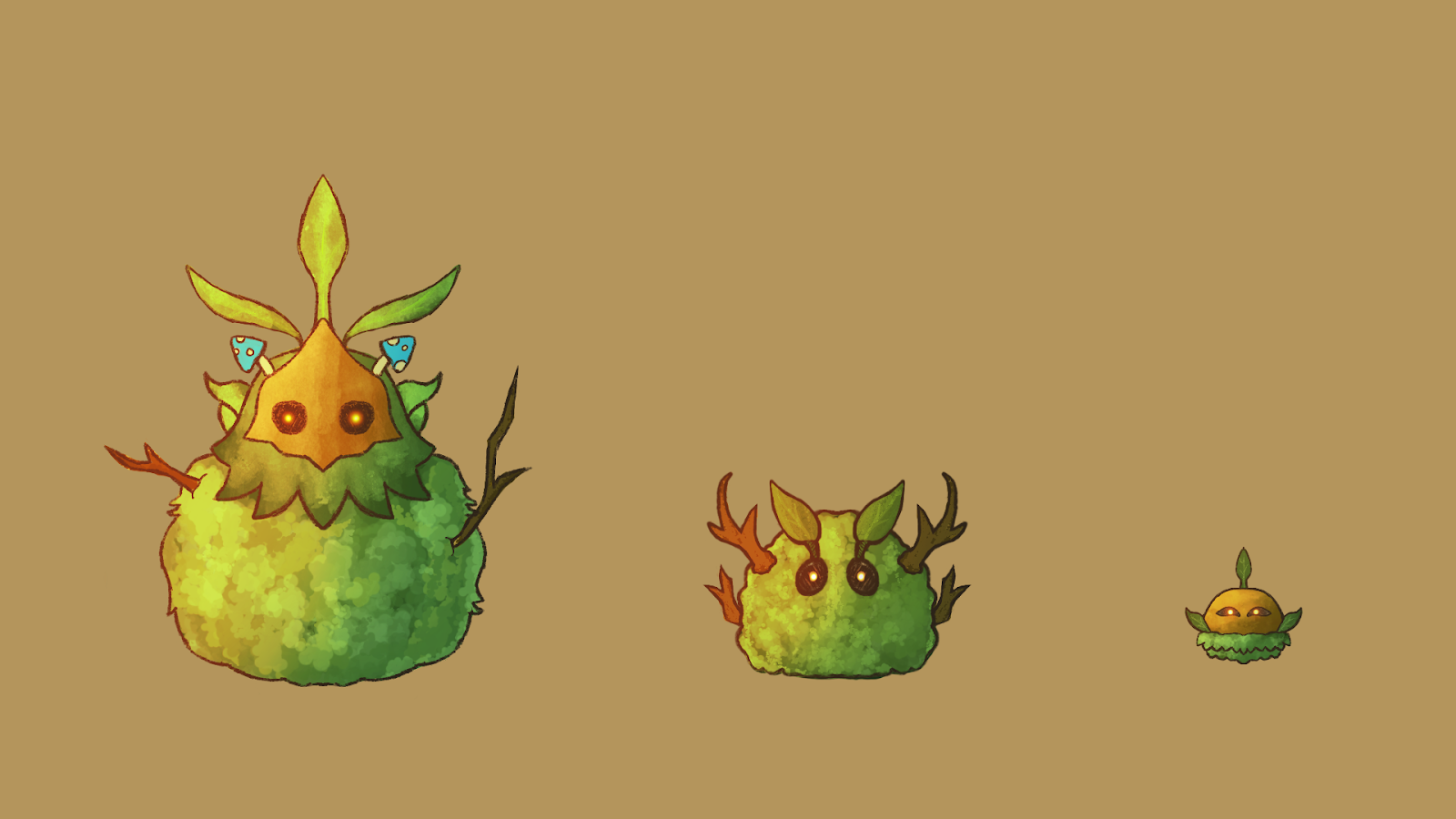 (We also got an awesome new Itch Icon from Atley, so check that out!)

Erika and Talia both went above and beyond this sprint in delivering the enemy assets that I had been dreaming of. The textures and the models look so super fantastic and the other thing that really floors me here is that both of these assets look like they were done by the same artist when they were done by two! The talent from both of these ladies is endless and I cannot thank them enough for the cohesion and attention to detail that they have. 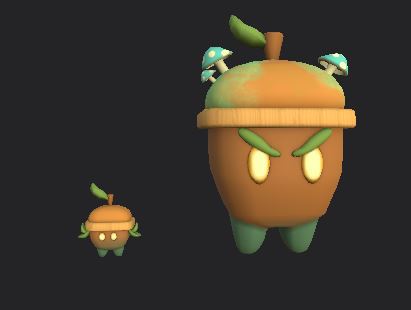 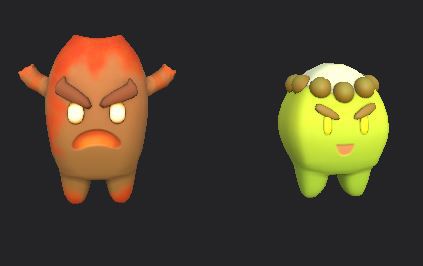 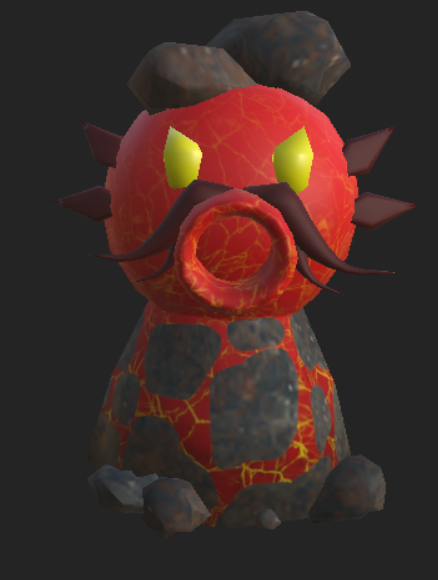 I don't want to spoil any cool levels from this sprint, but I did want to shout out Eric and Reggie this sprint/build for the work that they did and allowed me to do within their levels. I was able to sit down with both of them one on one and discuss how we can make the levels better and what we can do in order to make the level fairer to the player. Both of them went out of their way to make sure that the levels matched my vision and were also very open to the changes that I suggested for them!

What would I do without my programmers? I wanted to highlight all three of them for days and days on end, but I would go on forever, so I will show you the three things that I am most proud to show off...

I am so, so proud of everything that my team has done. I know that I sound like a broken record here, but it's so true. Every sprint, they take whatever I give them and run with it and it has shown to be some of the greatest things ever. To think that all of this was born out of my brain in the middle of a shower seems so strange to me. I love every bit of it and I hope that they all feel the same.

To my team, thank you for all the time and effort, and dedication that you have for this game. I cannot express to you enough how thankful I am for you. To those of you that have gotten to the end of this blog, thank you for coming along for this journey! I hope that we see you again and if you haven't gotten the opportunity to, please go download and play the build!

From our team to you, thank you, and see you again soon! 🧙‍♂️