Hello and welcome to our fifth production blog for Shapeshift Dungeon! We have completed Sprint 5 with our fourth playable digital build and are again super excited to share what we've worked on in the last two weeks. The focus of Sprint 5 for us was a mix of adding depth and finesse to all of our content in Shapeshift Dungeon. We heavily utilized player and instructor feedback this Sprint to bring Shapeshift Dungeon up a notch in practically every aspect. Thanks to the awesome efforts of our team, we are starting to see what the final construction of our game looks like and it is great!

By the numbers, Sprint 5 was our best Sprint yet. Although this is usually the case towards the end of the semester, I want to emphasize how important it is that this actually happens and commend the team for making it happen. Every task that they finish now is a task we don't need to worry about during finals week when they're working really hard on other courses. We had a total of 147 points of work moved in to verify and completed with 17 still in progress and 54 assigned. That comes out to a total of 215 points assigned which is nearly double our completed total in previous Sprints. Much of the 54 assigned but not moved points are a result of our team being extra awesome and me getting overexcited to see them really push it. I am very glad that they were able to push previous limits without over exerting themselves and keeping themselves ready and awesome for a strong finish. 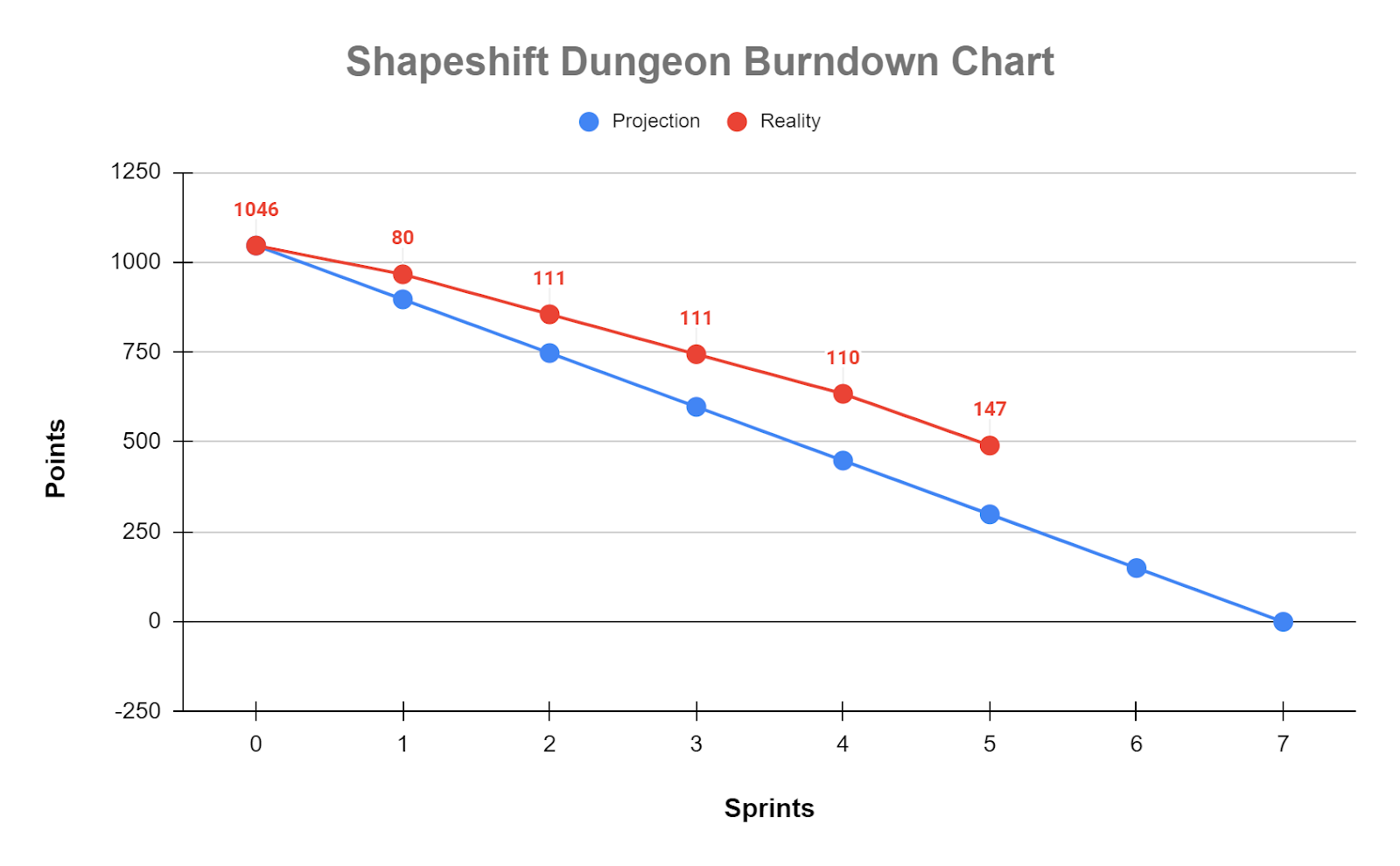 Our 3D artists have made a strong impact this Sprint and created a lot of awesome work for our game. In fact, they've come back so hard in productivity over the last few Sprints that we are nearly running out of work for them. One of the most exciting things to show off to new players each Sprint is our new selection of enemies in the game. Devin and Chance both worked hard this Sprint to deliver us the new Skeleton and Giant Worm enemies that we're very happy to show off. These enemies have a lot of great details and definitely stand out creatively in comparison to our other enemies. Likewise, they have worked to add variance to the enemies in the form of alternate textures and weapons. Chance also went a step beyond to create some incredible new destructible decorations in the form of the crate and barrel from all the way back in Sprint 1. Back then, we weren't sure if we would have time for it and we only have the persistent improvement from our modeling team to thank for it. Not to be outdone, Jose also created some awesome humanoid models for our game. He made a grim reaper inspired projectile dispenser for the dungeon to kill us with as well as an awesome target dummy that the player can drop down to temporarily distract enemies. I absolutely love the goofy smile on it and I know you will, too! 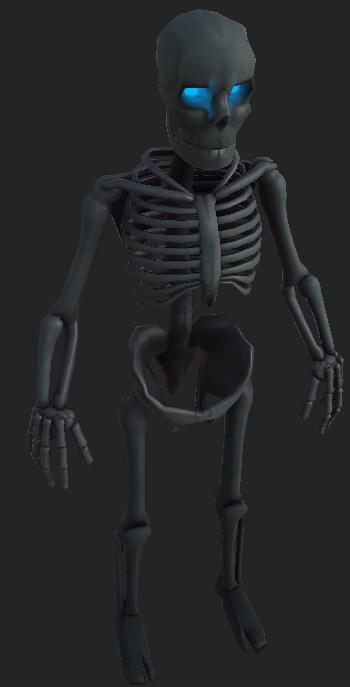 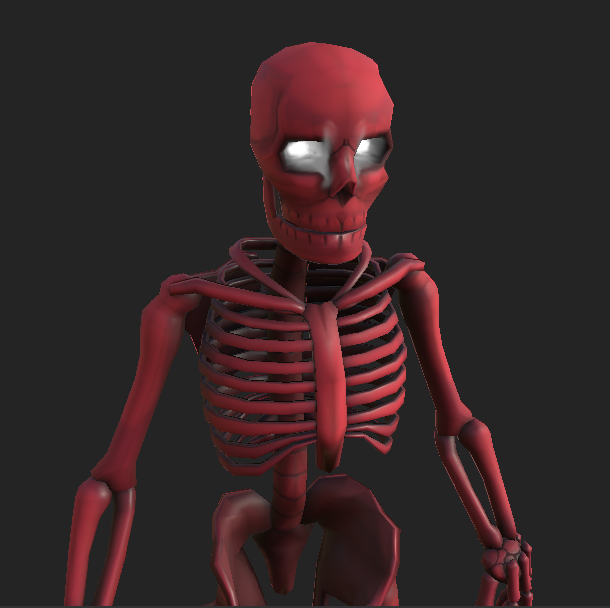 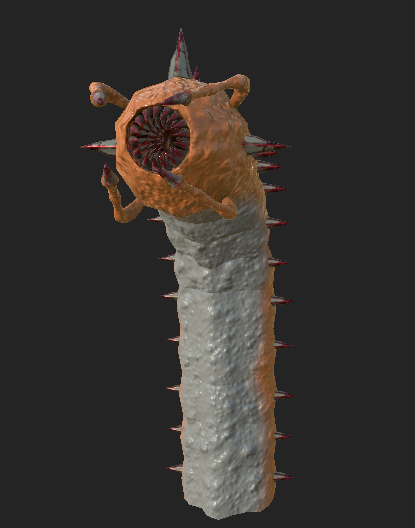 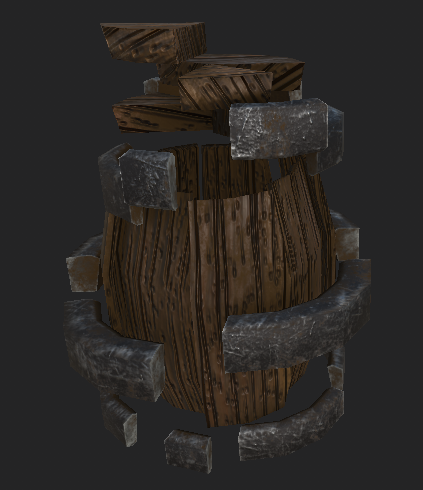 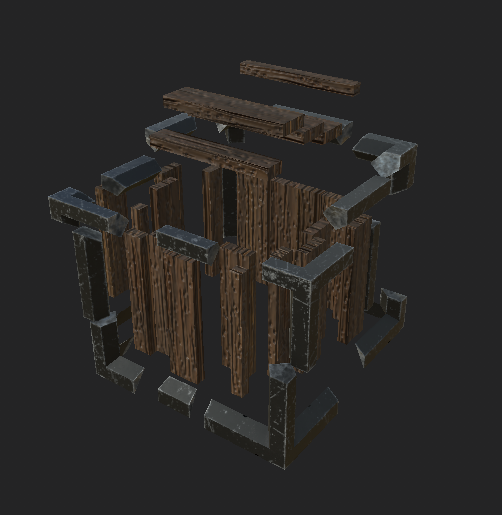 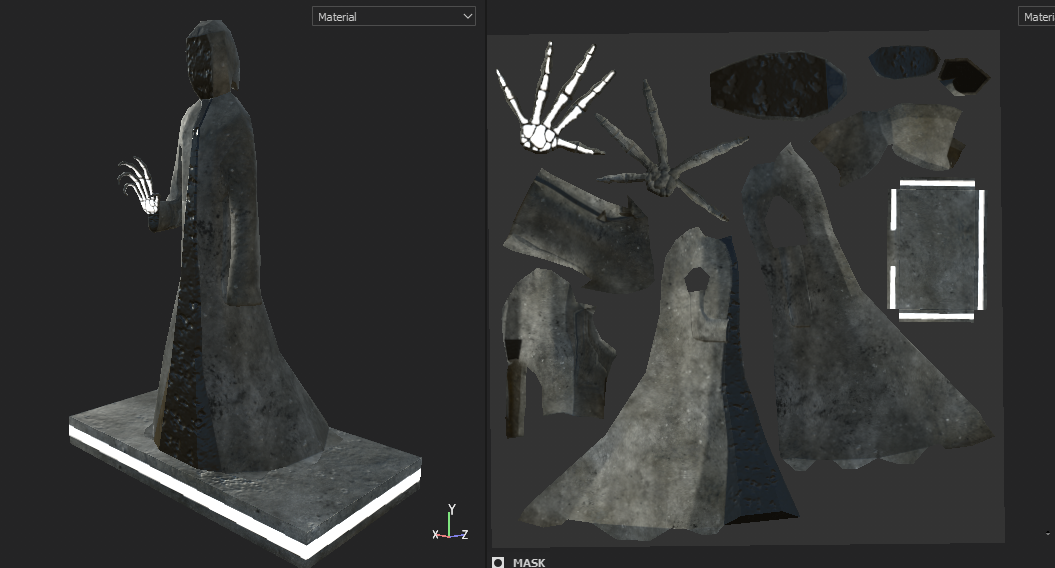 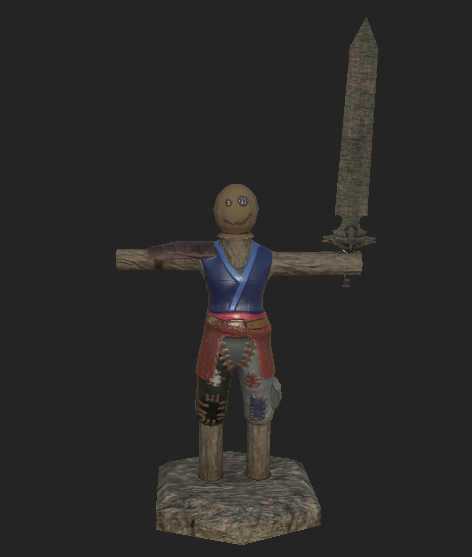 Our programmers are ever the bastion of diligence and this is no different in Sprint 5. They have all worked hard this Sprint to take player feedback and turn it into tangible gameplay improvements for our next build. Justin worked especially hard to give us more tools for our game in the form of a comprehensive audio system, an advanced level decorator tool, and new spawning behavior tools. Each one of these could have taken the majority of the Sprint but he made sure he was constantly available to do whatever the game needed. Alex has taken advantage of the awesome workflow tools he built in previous Sprints to make a new Bag of Holding, Laser Wand, and Flame Crown item along with a comprehensive damage source tracking system. He has shown a lot of creativity in his problem solving and it has allowed to tackle complex tasks with ease. Likewise, Joe has begun to reap the rewards of his dynamic AI system by creating a robust new goblin enemy AI. These goblins will attempt to attack the player from behind or on the side and should prove quite a challenge when they've surrounded the player. 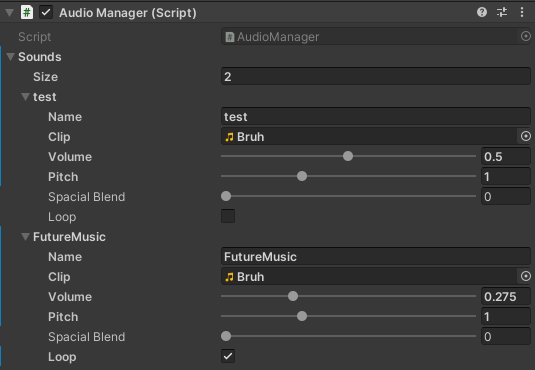 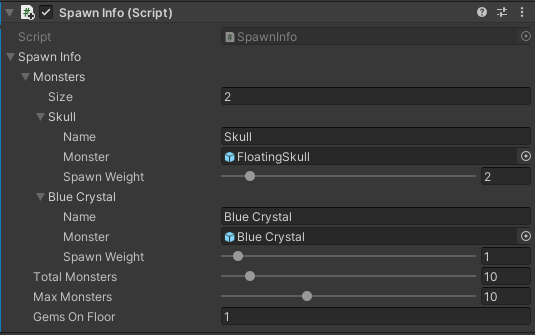 Our level designers manage to redefine excellence with each Sprint and set the bar higher and higher. At the beginning of every Sprint, they begin by combing through dozens of individual in-game feedback reports and come up with a list of proposed changes. We then approve these changes and they move on to making them happen. Both Marc and Branden made some fantastic updates and the accuracy to which they pinpoint issues down to the individual tile blows my mind. They have also both started working on furnishing the levels with decorations and have adopted a new content pacing paradigm that will keep new content fresh as the player progresses through the levels. In addition to all of that, they've also continued working on new particle effects and have really done a great job overall of ensuring that the quality of each task they complete is top notch. 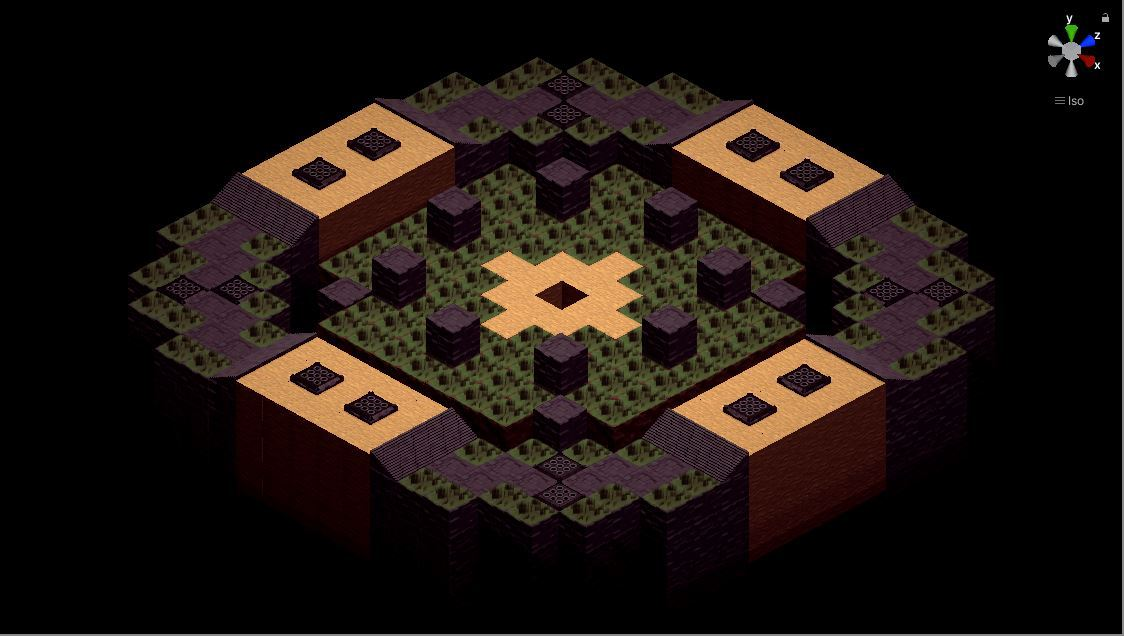 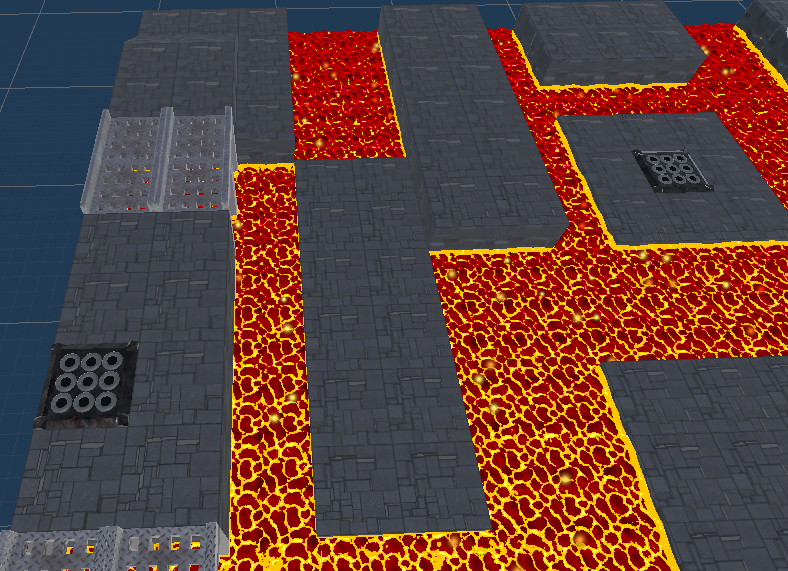 Nothing ties a game together better than finessed UI elements and our 2D artists have certainly delivered in that regard. Tanya has created an incredible set of Inventory panels for the player as well as a generic UI panel for menus and options for us, solidifying our UI aesthetic into one uniform style. She has also begun working on the key art for our game and made several awesome concepts for our upcoming game icon, banner, and poster. Alexis continues to create some great new item icons for us and has started getting very creative. Some of the icons have gone through multiple different versions and she always endures to create whatever is the best end result for our game. And finally, Armando has finished a full set of player animations for our game and they are very fun to play with. That makes this the first build of our game with the player implemented and all of their animations and it all feels great. 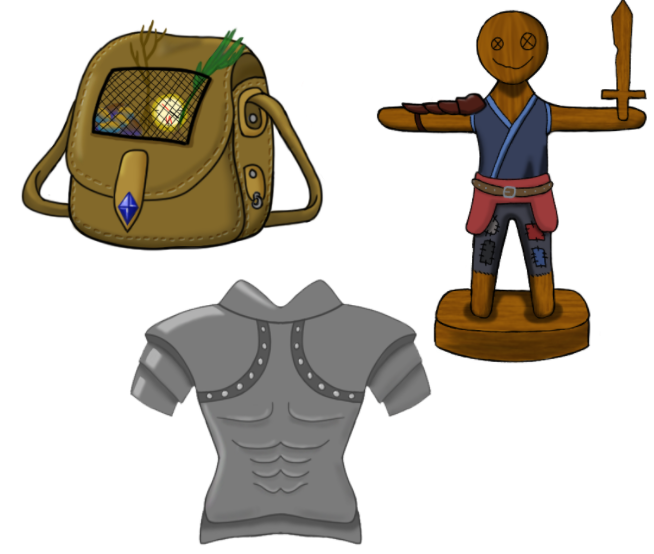 Every one of those 147 point completed this Sprint is a story, an obstacle overcome, a lesson learned, and amazing effort put forth by the team. I think it is incredibly easy to look at it and see a 33% increase in productivity, but what I want our readers to acknowledge is that these are real human beings taking extra time to work on the game solely because of their passion for making games. They've continued to lift the bar at every opportunity and Sprints like these remind me how grateful I am to have the opportunity to work with such awesome individuals. Shapeshift Dungeon is shaping up to be a great game and it is all thanks to our fantastic playtesters and ever fantastic team. Thank you everyone!

See you next Sprint!