Hello everyone to the 4th dev blog for Parasitic this time we will be going over the new additions to the game. We will be touching on some key points of feedback we have received and also go over the main assets and functionality the teams have built to make the experience better for the player. Before going into all of this I just want to say how proud I am of this team even with not being in person our communication has been astounding.

To start off let us jump into the level design of the game. We now have 3 playable levels from start to end and a tutorial that needs a little event scripting to be finished I am excited for you to try them in our next build. The team is hard at work building the next set of levels, all have made progress with all the annotated maps being completed for this set of levels. A key point of feedback regarding the level design team is that the fog system in the game feels wrong, a small explanation of our system, if you have yet to play it, is that fog in our game covers encounter zones once you enter the area the encounter begins, having intractable things such as enemies or even physical objects you can not see on the edge of this fog hampered the player experience and broke immersion. Taking this feedback after the team blocks out the new levels they will need to go back and redesign encounters that fall into this trap. 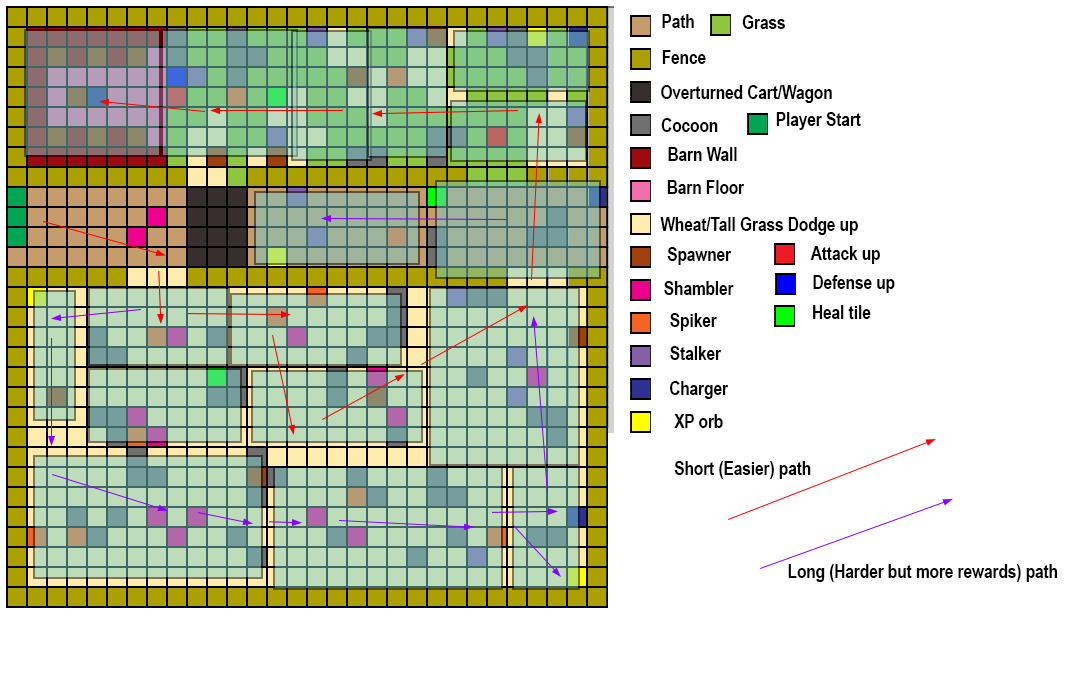 Asset creation is a huge part of this project getting the feeling and look just right for the player to be invested in this world are huge. Luckily our team of 3D artists amazing at this and I am happy to say all players and enemy units are fully modeled in the game. Another big part of this is the amazing 2D team we had making concepts are that really grossed us out in the best way possible. With these players should be much more immersed in the game no overpowered capsule is going to whip the team now it will be a terrifying parasite.

Programming we got 2 HUGE features done for this next build you will only be seeing one of them for the time being but we will be talking about both. First, our skill system (before called it an upgrade system) has been finished and is now working 100% in the game you can now spec each unit to do different things on the team whether that be a tank, damage dealer, or support. We are going to be reducing the UI for it as at the moment is very cluttered making player not even want to open the menu this was a key point of feedback we wanted to hit. The next major system is elevation meaning you can now go up and down hills and slopes making it so the levels and have more depth to them, this allows more immersion as the world isn’t just a flat plane with nothing else around it.

Overall this is not even close to all the work our team has done over the past two weeks just some of the highlights. A quick list of other work is particle effects, enemy spawners, more player feedback, and some new key art. Parasitic has been making great speed, and looking at the release date I think we will be able to hit it right on the dot.