Hello everybody and welcome to the fourth installment of this game's progression through development from the production side! My name is Dylan Levy-Gantt and I am the producer on "Parasitic", a strategic, exploration, dungeons and dragons type squad game that rewards teamplay and resource management. This is the fourth "sprint" or two week content creating period to see how far we can get on the progression of the game. This time, we have a LOT of assets and new features to add. This was our best performing sprint of all sprints!

I will lead the progression from department to department starting with,

Enemies can now spawn more enemies AND you can see where they are going to move to!

Player's can gain experience after a kill, splitting between who actually killed the target.

We even added in a fully functioning options menu that toggles fullscreen and can lower the graphics for you!

We now have the ability to cinematically transition from level to level to give the game a story feel.

We were able to get in a second tier in the ability tree, an upgrade menu that boosts stats in gameplay changing ways!

Overall for programming, Jeremy, Chase, and Ryan all did an amazing job elevating the quality of the game to a new height with these much needed changes. The quality of the features and how well they mesh with the entire game has been amazing to see and I can't wait to see the future tasks. Huge shout out to the hardest working bunch of programmers I've ever seen and they should be proud of their work on the team.

Next department that did amazing work done at very high quality was level design!

Our tutorial was finalized and sent into the game for good!

Level 3 was finalized and sent in as well!

Level 2 was also checked on and confirmed good for the game. This stuff looks amazing. 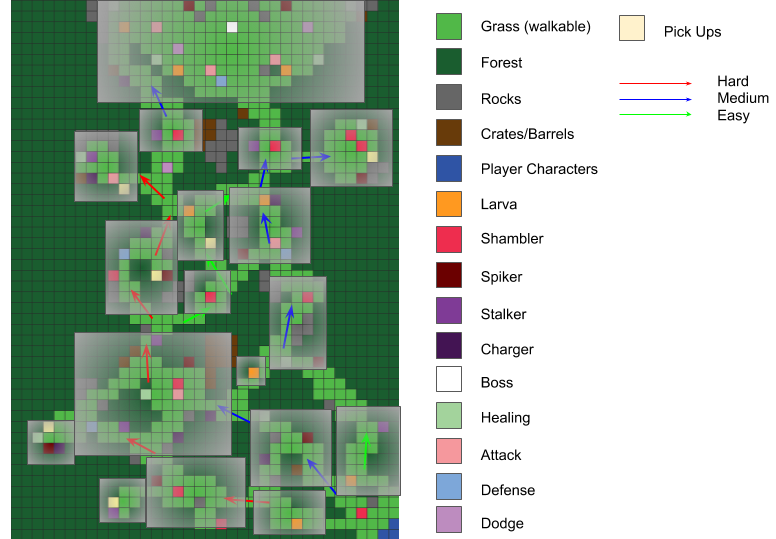 Zoe was able to get her next level annotated and checked off on. Zoe is moving really quickly and it's clear to see her passion.

Overall this was a super productive sprint for level designers. Xander and Joe were able to get their level's officially checked off and sent into the game. Last sprint was a little tough on the level design flow and little came in to verify. I'm really happy to see the heavy progress in this department and can't wait to see the progress moving forward.

Next department is MODELING

I'm extremely excited to share the progress in this area because we finally were able to finish the enemies and some key models that effect gameplay.

First, a massive particle dump that interacts with the players.

Glass pop on the ground.

These particles are big for quality of life  and player immersion and these are some solid entries. A big step we want to have moving forward is that the player has magical interactions with everything involving the world. These are super fun and they match what we were thinking.

Next is Devin's new models for the enemies! 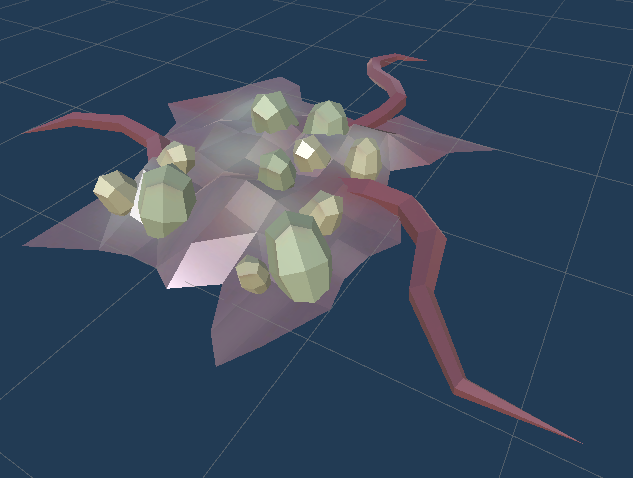 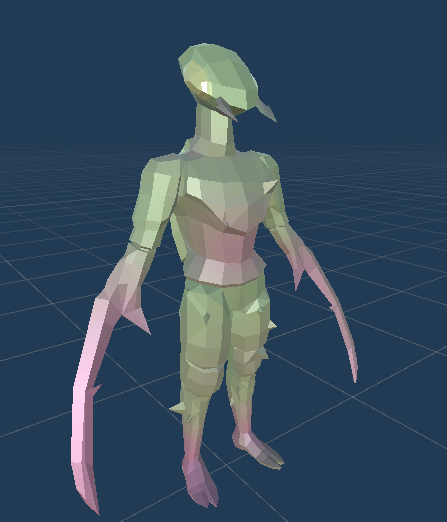 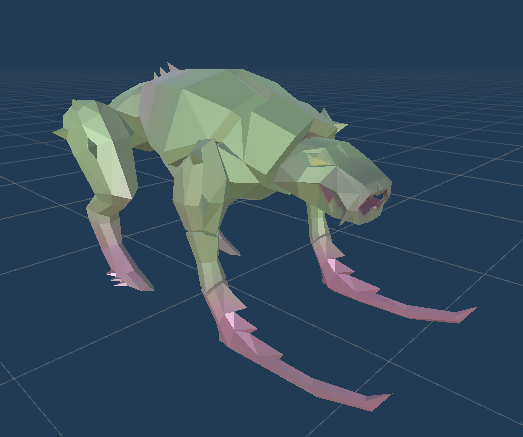 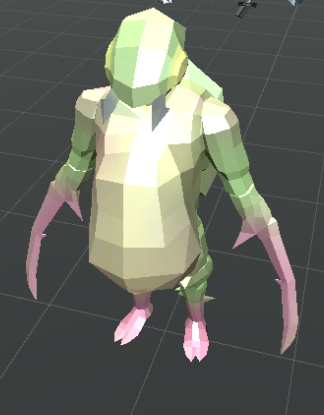 Even our stretch goal level 6 Brood enemy is available as well!

Devin and Brandon are super talented guys that always can pump out the best models for the game. Alex's idea for the theme of the enemies is that the enemy goes from larva to a beast that eventually can spawn it's own larva. This is clear to see in the progression from enemy to enemy. The aesthetic of the world is looking great and we are making serious progress.

Last up, we have the ART TEAM! 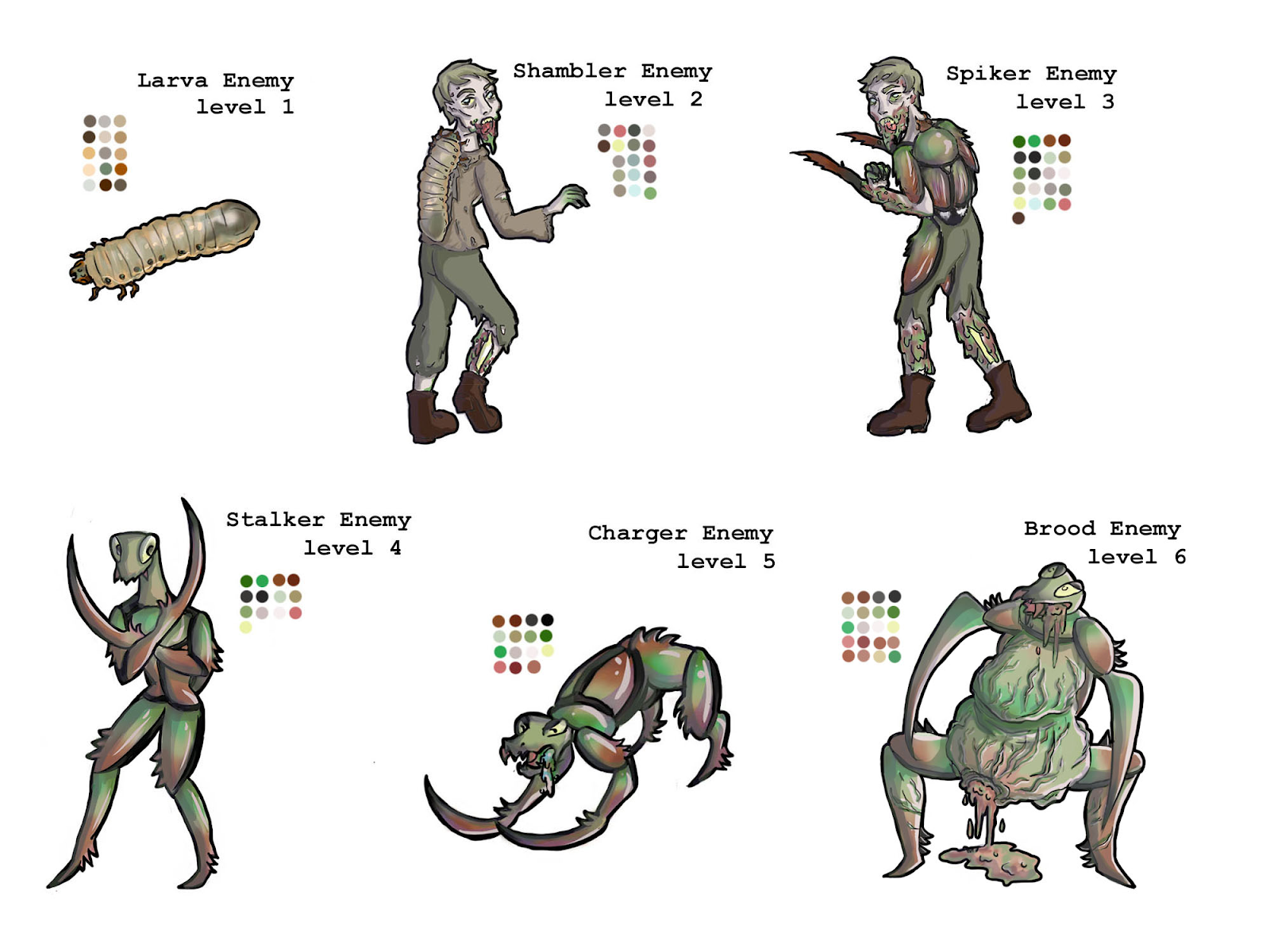 We got our entire enemy list concepted out and ready. As soon as we got these concepts they were sent in to Devin and immediately were able to be modeled which closes the wait gap significantly from concept to model. Thank you Gabrielle for these amazing pieces! This is our first official concept piece for the theme and aesthetic of the game and it looks great! Atley is a super talented artist and he should feel extremely proud of his work on our game. Looks great!

Okay! That's a wrap on sprint 4, our most hard hitting sprint yet. Our teammates have done such amazing work and the progress on the game has been immense. Thankful to be on such a great team.