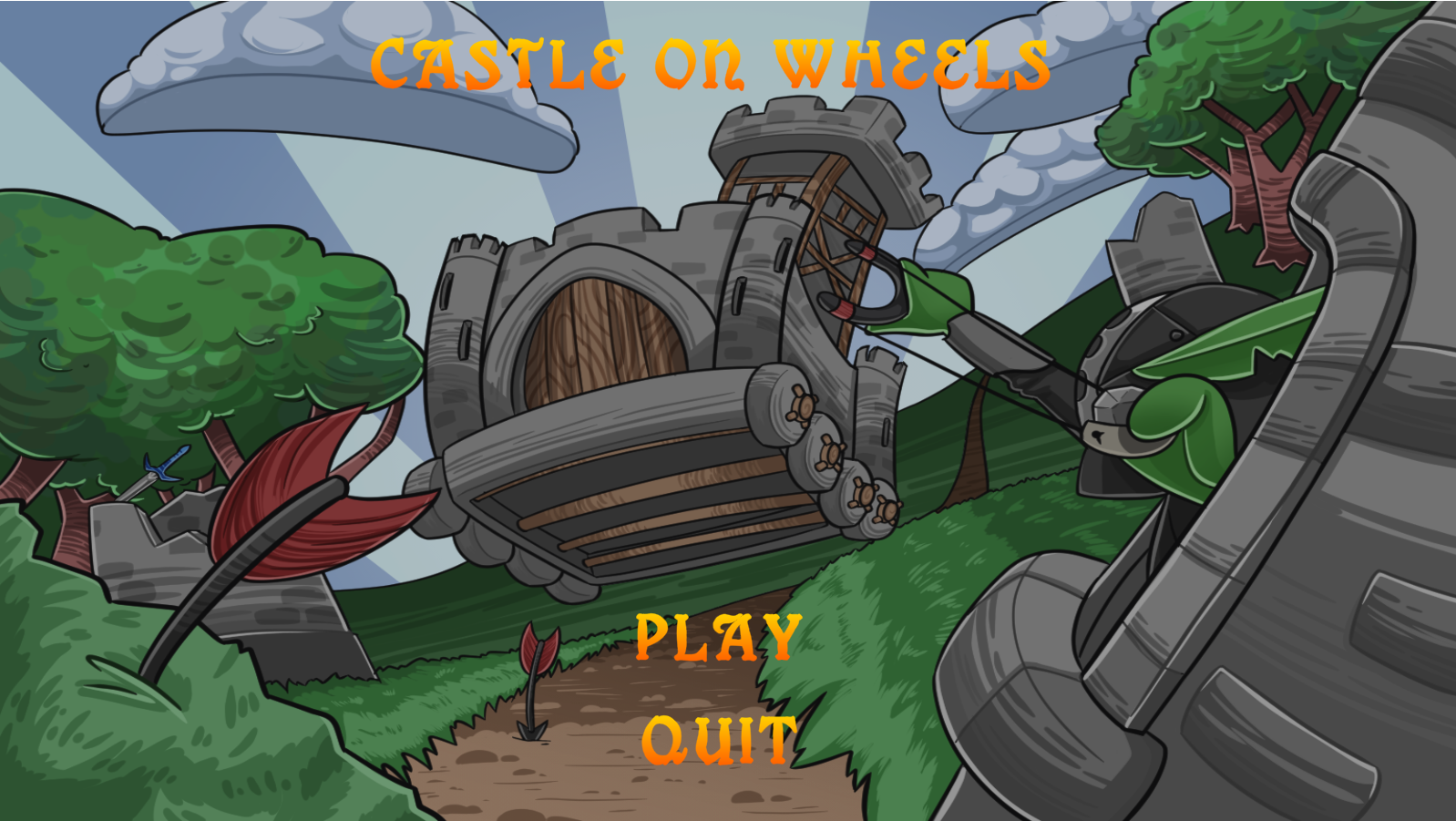 We have done so many great things over the course of this project. We have attempted to create a game to the best of our abilities and I believe we have done that and exceeded our initial expectations. The image above shows our title screen image placed into the game with our font that we have to complement it. Putting all of these things together was really a good feeling which I will show the results, starting with 3D modeling.

Our second siege engine, The Bastilla as shown in the image above, is the goblins long range, single target, high damaging engine that will be introduced just after the Siege Tower. Following this was our final Siege engine we were able to place into the game. The image below shows the concept of the ingenious designed Cannon Cart. After a whirlwind of ideas imagining what this would look like we finally came to the image you see below. 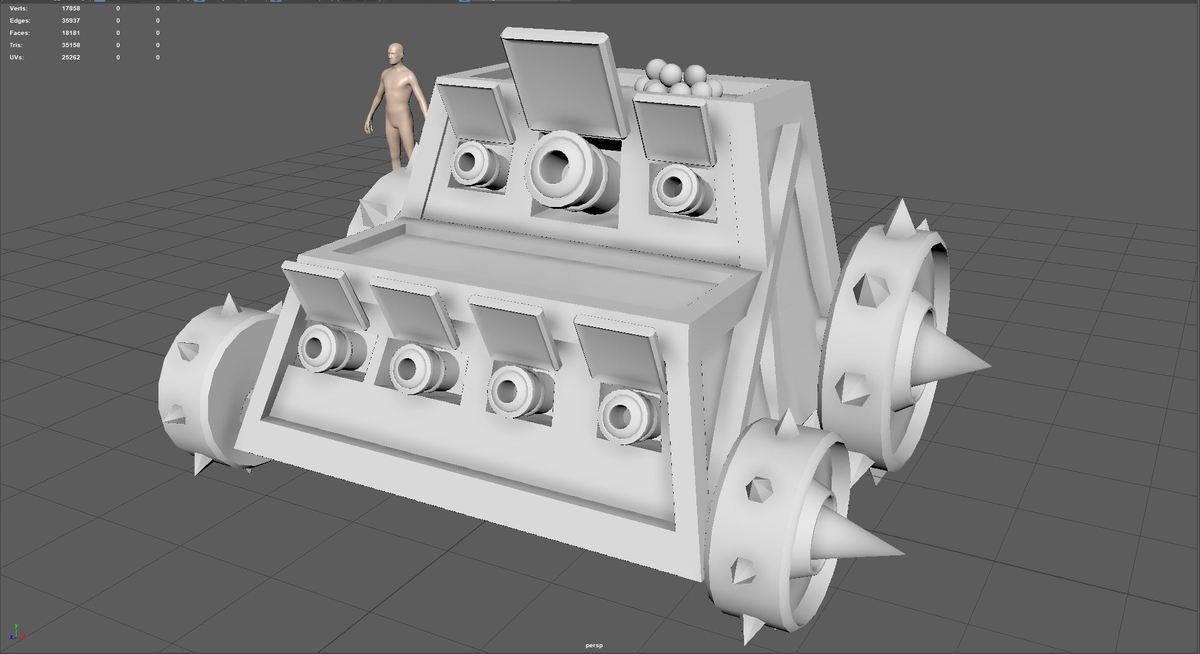 After seeing these from concept, to final model I was so excited to see this finally shape out and then realized that we would be eventually fighting these siege engines in our game. There were a number of other models that were completed within this sprint as well and some of which were made prior and finally received color. These are shown below. 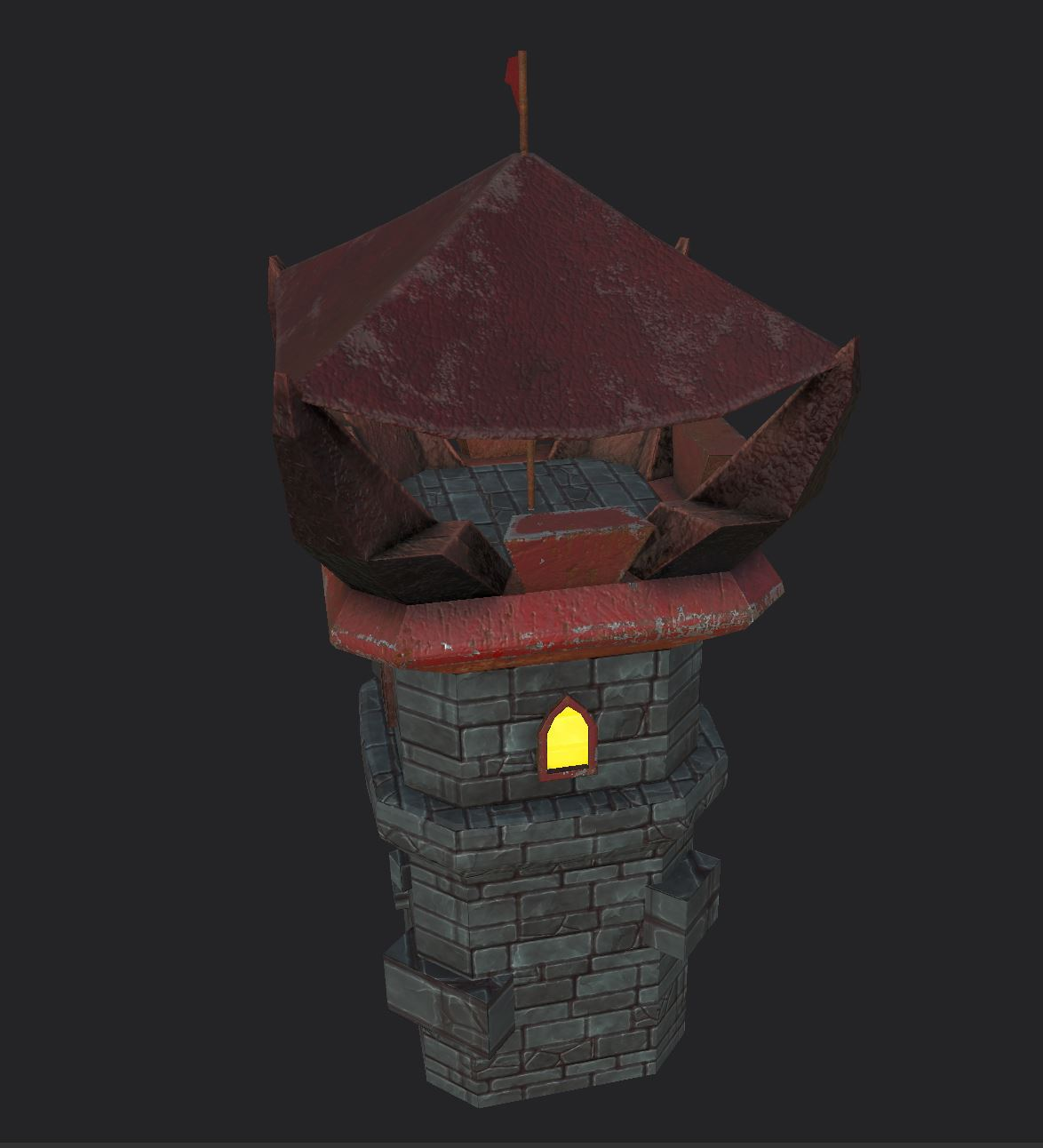 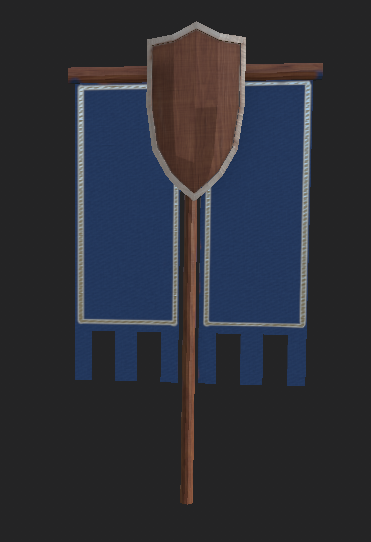 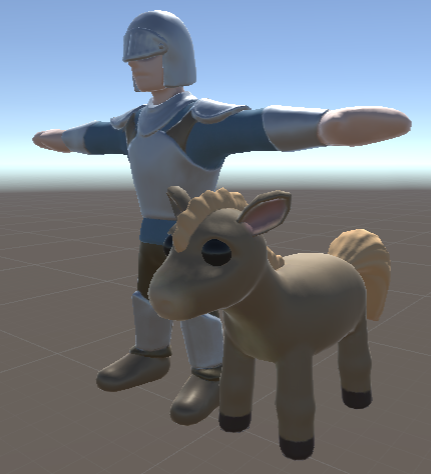 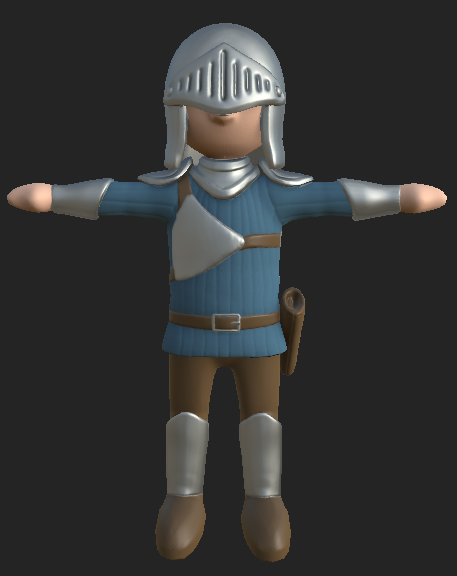 In the above images specifically the top left you may notice a familiar shape which is because we decided to use the tower from the Goblin Stronghold to act as the slinger tower. This was in turn easier to turn a model that worked to tie in the other buildings of the Goblins so they could seem more consistent in structure just as the siege engines follow a pattern as well.

Now the image on the top right is not just a prop but the rally point for allied units when a right click is placed on the ground. All selected units will travel to the location of the flag before it disappears. This is simply a temporary waypoint to get your units moving in the right direction but this is very much the idea we had in mind to obviously show players where the characters are going and that their command was invoked. The two images along the bottom are the textured Allied units known as the Heavy horseman, on the left, and the Archer on the right. The comedic approach with these characters was intentional to sort of have fun with these characters and introduce a sense of levity with these characters in the game for the players that will notice. 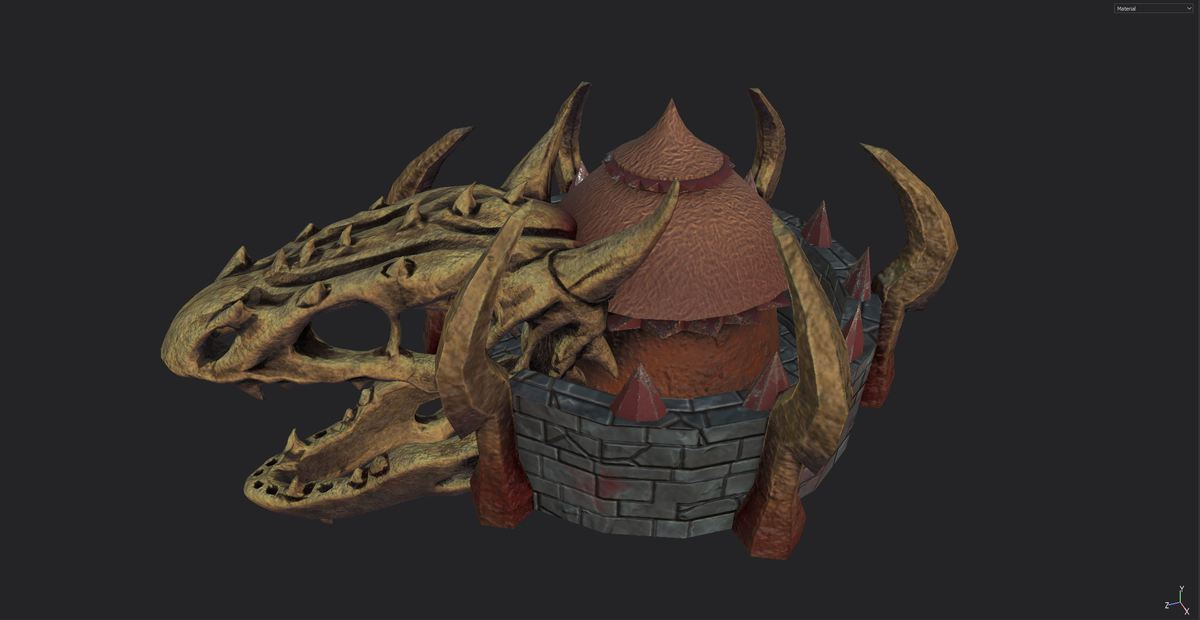 Since we have already seen the Slinger Tower I would like to introduce you to the finished version of the Goblin Barracks. This is where enemies will spawn into the game in an attempt to overrun the allied forces. The addition of the bone structures and skull as the doorway is a first attempt at taking the enemy and making them seem a bit more fearful and especially when the units start coming out more frequently and alternate enemies that begin to spawn will definitely keep the players attention. 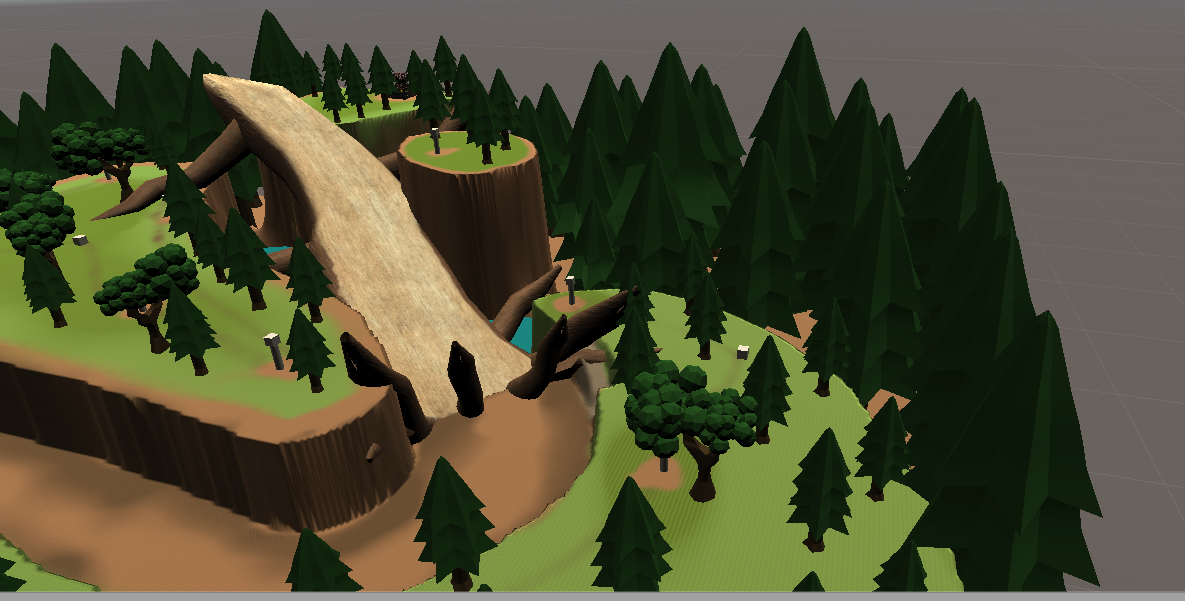 For a little look at the environment this was one of our models finished by our team that works as a ram to the next part of the level. The idea was that this tree was created into a bridge however the roots that have always been there were never in the way for anything that wasn’t a castle on wheels sized object but this will need to be removed before continuing which will be our next step in the levels.

Speaking of the levels the level design is where I myself spent most of my time and after struggling to get everything working together smoothly we were finally able to implement them into the future levels. So to show you the work we have been building up to here are the levels in order from 1 - 4. 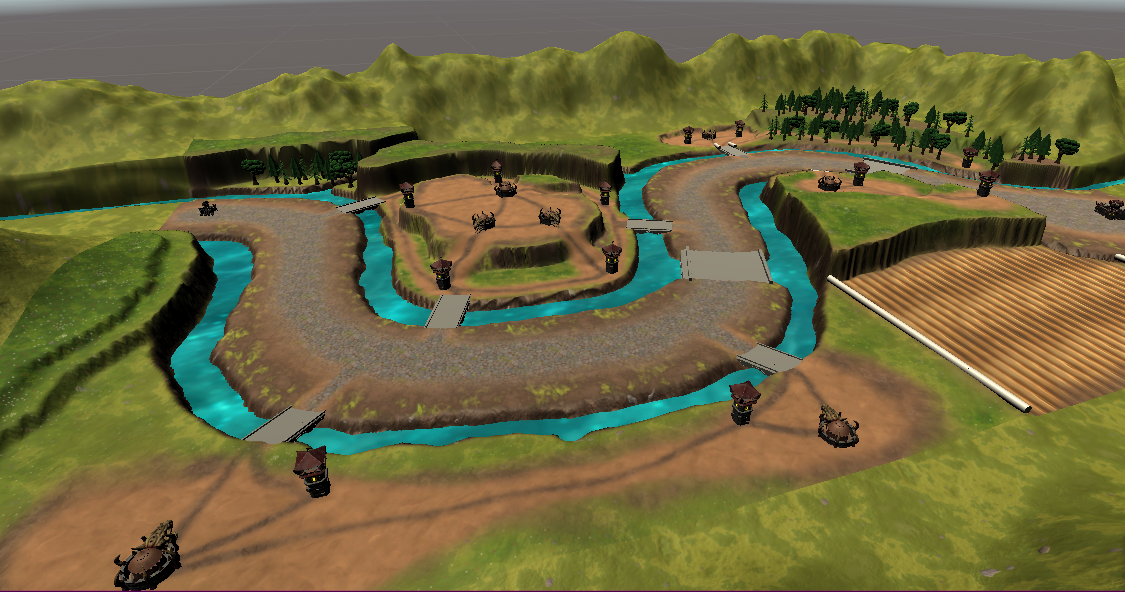 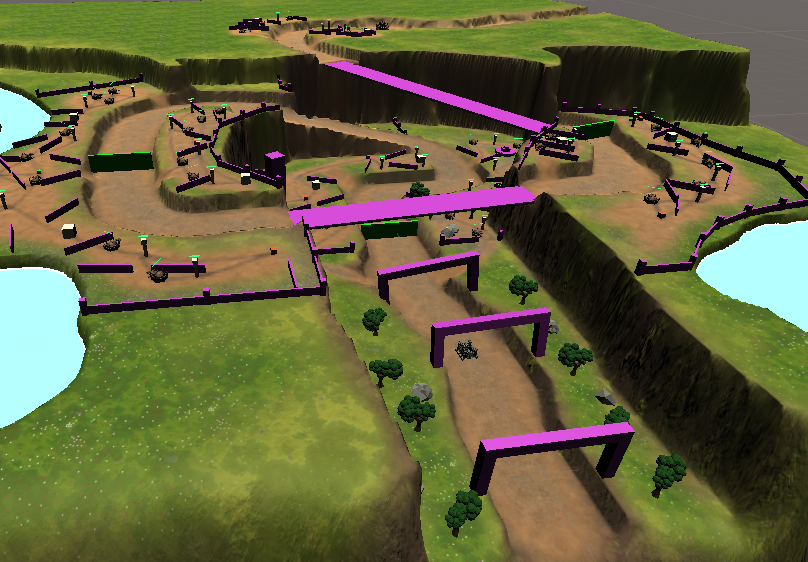 Now that we finally have the levels implemented to the level they should be, balancing will be the next step. Of course balancing should have been done much sooner than at this step but now that we are here it is a task that needs to get handled. I was very happy with these levels not only in design but in execution. The levels each branch out into their own test of the game where the player will need to learn new tactics and unit attack implementations along with discovering the best use for castle placement and the siege mode that is given to the player at the start.

Segueing into Programming, we had some absolutely huge mechanics get worked on and for the most part they are perfect. There are still some bugs as with anything but we are all having fun playing the game regardless. In an RTS game there are a few things to consider, things that tend to focus either on the Macro or Micro side of the game. Something Macro would be like your resource consumption and your overall game performance. Imagine sending an army somewhere and giving them the command to attack and allowing the AI to take over at that point to do what it does. The Micro side is manually using the AI to your advantage. The problem with doing this all the time is because you have to be at the place that needs your attention giving constant feedback till you have achieved the goal.

Within the first day of the sprint we were able to crank out a system that allows you to select all of your units and control them as well as individual units and control it. This is essential to give the option to macro and micro your units when playing the game and this is what it looks like below.

I was beyond happy with this when we were finally piecing this together because It just made this feel so much more like an RTS than I imagined we were going to get to and this really excited me to move on to the next steps which are going to be shown just below here.

The short clip above shows our new proximity spawning in effect where the allied units will actually activate a spawner to not allow players to be able to keep the castle at the beginning of the level and take out only slinger towers before rushing to the end of the level. This really helps with balancing the units and the level itself which is going to be important in our last two weeks.

This clip above is a look at the combination of the health bars on the allies, enemies and buildings. This was very helpful in testing now that things were visibly taking damage we were able to see where things were not set up properly are not correctly set up and now pretty much everything takes damage from what it should. To close I come to animation where we crushed out about 8 new animations for the enemies and enemies movements so every character has a movement animation and we can now begin to implement the idle and the attack and be able to implement them into the final step of the game.

I was very proud and although there was a bit of grinding and there are bound to be imperfections, I was really happy to see these characters come to life and show their character concept in their movement.

In conclusion I have successfully chosen a team that has done nothing but bring my dream to a reality. From day one to our final sprint we have been working tirelessly to put a working game with consistent mechanics, models and gameplay together for an unforgettable experience. Here is to our final sprint and rolling in to our final product. Thank you for keeping up with us for this long, next time you hear from me will be after the end of this game's initial production.